What Is The FBI Afraid Of? DOJ Renegs On Promise Of Transparency That Garland Made Last Week 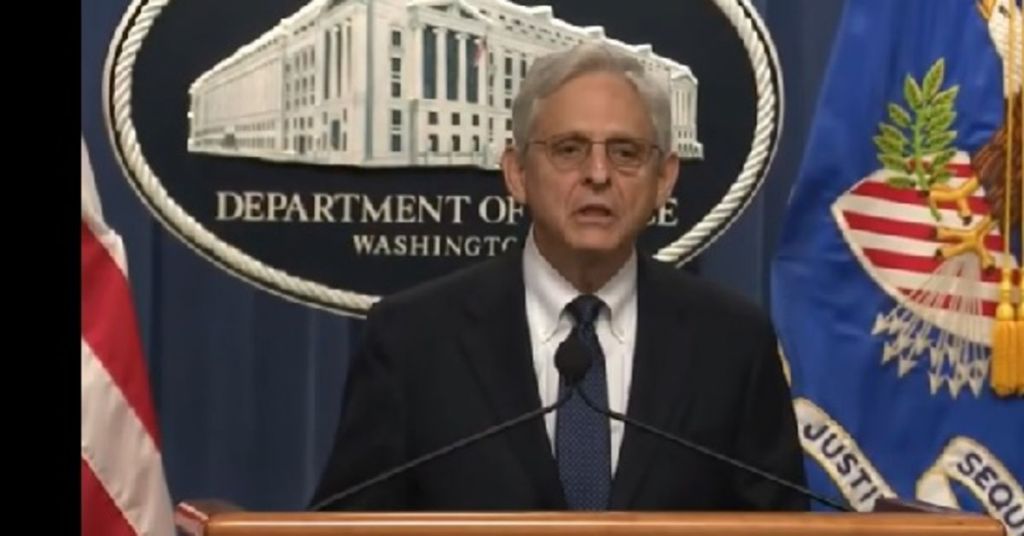 Many wonder why Americans have little to no faith in Joe Biden's Administration, but Merrick Garland just answered. Less than a week since he chimed in on President Trump's home raid where he promised transparency, the DOJ backtracked and is now refusing to share information with the American public.

The Department of Justice is against the publication of the underlying affidavit verifying its unusual and severely flawed raid of Mar-a-Lago, just days after it decided to grant the warrant permitting the FBI search of former President Donald Trump's Florida resort.

Even the warrant execution was bungled, with the FBI taking a lot more than they were authorized to, and admitting that to Trump's lawyers. So now, when the call for an account of what they were supposed to be looking for grows louder, the FBI is doing their best Joe Biden and hiding out in the basement - unwilling to share what should be public information.

“There remain compelling reasons, including to protect the integrity of an ongoing law enforcement investigation that implicates national security, that supports keeping the affidavit sealed,” DOJ lawyers declared on Monday, also suggesting, though, that they would be ready to publish edited portions of other related documents.

Trump is being probed for a potential Espionage Act violation and possible obstruction of justice, according to the warrant unsealed Friday, which cited 18 U.S. Code 793 (part of the Espionage Act) related to “gathering, transmitting, or losing defense information." Despite its name, many of the law’s provisions don’t relate specifically to espionage.

The warrant also cited 18 U.S. Code 2071 on “concealment, removal, or mutilation generally” and 18 U.S. Code 1519 on “destruction, alteration, or falsification of records in Federal investigations and bankruptcy.” The latter relates to obstruction of justice.

Magistrate Bruce Reinhart, who had also signed the Aug. 5 warrant for the Aug. 8 raid, ordered that the contract be unsealed after the Justice Department told the court that Trump wasn't objecting to it being made public.

“The government has carefully considered whether the affidavit can be released subject to redactions,” the DOJ said Monday. “The redactions necessary to mitigate harms to the integrity of the investigation would be so extensive as to render the remaining unsealed text devoid of meaningful content, and releasing such a redacted version would not serve any public interest.”

The DOJ said that if the judge instructed a partial unsealing of the affidavit, “the government respectfully requests an opportunity to provide the Court with proposed redactions.”

The department's lawyers added that the DOJ “does not object to unsealing other materials filed in connection with the search warrant whose unsealing would not jeopardize the integrity of this national security investigation, subject to minor redactions to protect government personnel.” It said those records include the cover sheets associated with the search warrant application, the DOJ’s original motion to seal, and the court’s original sealing order.

The department said its “proposed redactions to those documents have been filed under seal … and the government now asks the Court to unseal the materials contained in that filing.”

Several groups and outlets, including the conservative legal group Judicial Watch, the New York Times, CBS News, and the Washington Post, sought access to the affidavit in recent days.

“As the government has readily acknowledged, the circumstances here — involving a search of the premises for a former President — involve matters of significant public concern,” the Justice Department said before arguing the affidavit should remain secret despite the warrant being released.