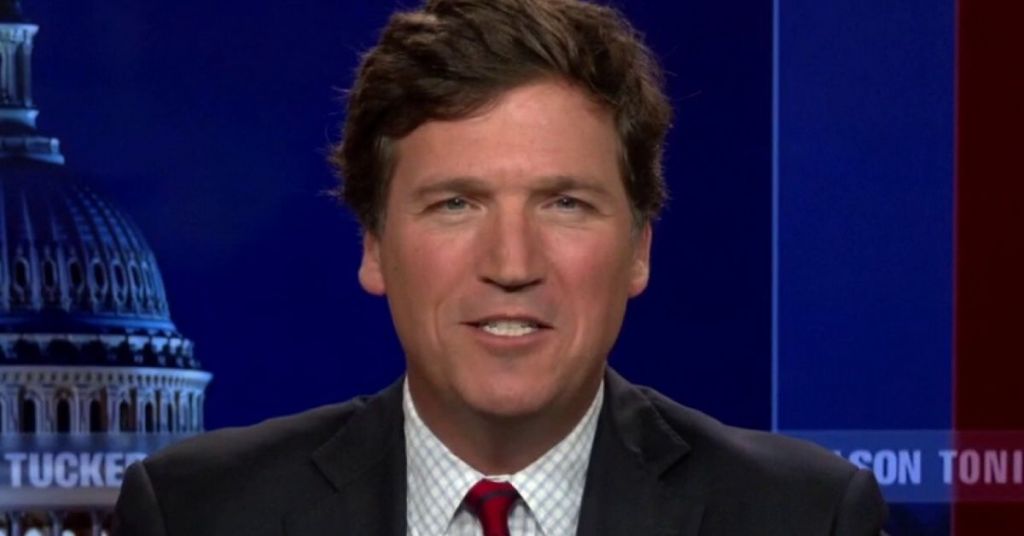 On Monday, President Biden announced that Osama Bin Laden's successor, Ayman al-Zawahiri, was assassinated by a drone strike in Afghanistan.

FOX News' Tucker Carlson lambasted Biden for talking about the Al Qaeda leader's death after messing up the departure from Afghanistan last year.

"It takes a lot of brass to brag about Afghanistan, or even mention the word," Carlson began, arguing it is to Biden what the Monica Lewinsky scandal was to Bill Clinton.

"His withdrawal from that country almost a year ago was the single most humiliating moment in American foreign policy since the fall of Saigon in April 1975," Carlson continued, pointing out that Biden's strategy "seemed designed to inflict maximum damage to the interests of the United States."

Carlson stressed the false demeanor of the President in regards to his handling of the disastrous departure from Afghanistan last year, saying, "There are a lot of ways to pull out of Afghanistan. Biden chose a path that seemed designed to inflict maximum damage to the interests of the United States. He did that. Kind of no debating it, but Biden is not ashamed of it. He wasn't ashamed of it then. He's not ashamed of it now."

"Tonight, Biden gave a speech boasting that he's killed an al Qaeda figure in Afghanistan. Great. Feel safer? Of course, you don't. Nobody does and the reason nobody feels safer is Biden's response to the disaster in Afghanistan."

He went on to cite the speech Biden passed on Monday night wherein he bragged about the death of Al Qaeda leader Ayman al-Zawahiri in Afghanistan.

"Great!" Carlson said. "Feel safer? Of course, you don't. Nobody does." "The reason nobody feels safer," Carlson explained, "is Biden's response to the disaster in Afghanistan."

Carlson finished by condemning Biden for not taking time to learn from his errors and instead going right into another conflict.

In his speech, Biden stressed that the terrorist leader was killed over the weekend after being located by the counterterrorism community earlier this year.

"We'll make it clear again tonight," he stated, "no matter how long it takes, no matter where you hide if you are a threat to our people, the United States will find you and take you out."

"I authorized a precision strike that would remove him from the battlefield once and for all," Biden explained, noting that the mission was "carefully planned to minimize the risk to other civilians rigorously." He added that the previous three administrations had been "relentlessly stalking [Al-Zawahir] for years."