Will DeSantis Replace Trump As The Republican Party Leader? Polls Show He Is Close 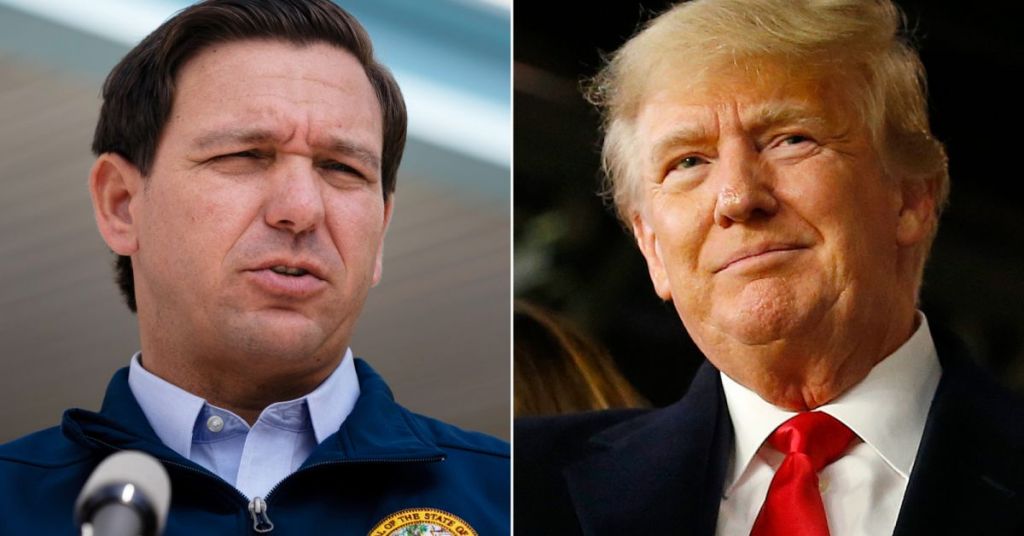 Florida Gov. Ron DeSantis has become notable, especially between himself and Donald Trump, in a speculative matchup in 2024, bringing him within single digits of the former President.

Among registered Republican voters, about 45% said they would back Trump compared to 36% who leaned toward DeSantis, according to the most recent YouGov/Yahoo News poll, a 9-point difference and the closest any challenger has ever gotten to the former President in a GOP primary poll. The most recent numbers tighten previous polls that showed DeSantis following by 16 points in February and 23 points the month before that.

The survey was administered between June 24 and 27, before former Trump aide Cassidy Hutchinson offered bombshell testimony that sought to portray how the former President reacted to news of a violent protest outside the Capitol on Jan. 6, 2021. Most voters (52%) had already agreed Trump should be impeached for his role in trying to overturn the 2020 election, but that number is expected to increase after the Jan. 6 committee’s Tuesday hearing.

During the hearing, Hutchinson said she heard from another Trump aide, Tony Ornato, that Trump became nervous when he was told during the drive back to the White House from his Jan. 6 rally that going to the Capitol was not an option. Among the arguments Hutchinson stressed was that Trump grabbed the steering wheel of the vehicle and lunged at the head of his security detail.

Trump later reacted on Truth Social, calling it a "fake story," and there have been reports that people involved in the story about the chaotic drive on Jan. 6 are prepared to push back on it.

Neither Trump nor DeSantis has announced whether they will run a presidential campaign in 2024, but both are favored among the Republican Party.

DeSantis has dominated the non-Trump candidates for a very long time. And DeSantis’s support is as deep as it is wide, relative to the non-Trump candidates. In one poll from UMass Amherst conducted by YouGov, Trump led DeSantis 55% to 20%, but DeSantis received support from 69 percent of Republicans who listed him as either their first (20%), second (37%) or third (12%) choice.

The Yahoo! poll comes after a notable New Hampshire state poll showing DeSantis running ahead of Trump against President Joe Biden, and even defeating Trump head-to-head in a primary matchup.

And as Yahoo’s Andrew Romano notes, this survey “was conducted from June 24 to 27 — immediately after last Thursday’s hearing but before Tuesday’s session, which has proved to be the most dramatic to date.”

Romano is referring to the testimony of Cassidy Hutchinson, the former top aide to Trump White House Chief of Staff Mark Meadows who delivered bombshell after bombshell at Tuesday’s surprise hearing.