Biden Admin Lied: If You Are Reading This, You Were Probably A Target Of DHS's Disinformation Board 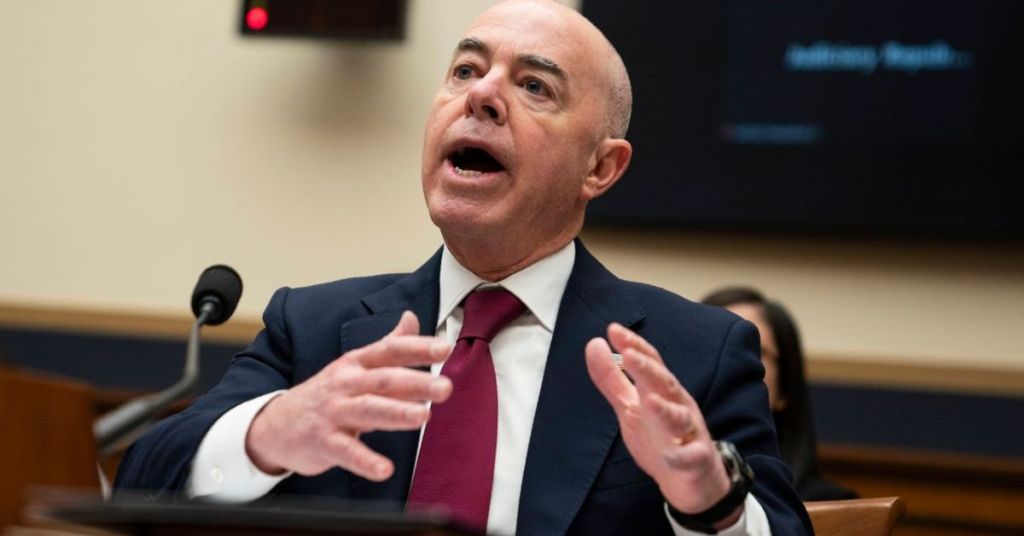 Secretary of Homeland Security Alejandro Mayorkas has been accused of lying to senators about the goals of the contentious Disinformation Governance Board. As it turns out the target of the board was not Russian information, but average ordinary Americans who have opinions that lean conservative.

Republican Sens. Chuck Grassley and Josh Hawley revealed in unsealed papers that the Board was designed with more power than the top Biden official revealed during testimony. The mandate of the office allowed them to follow social media accounts of Americans who believed things such as, the 2020 election was stolen and that COVID started in a lab in China and even, Hunter Biden's business dealings were the result of his dad's connections.

Mayorkas repeatedly downplayed the power and role of the group during congressional testimony, telling the Senate Homeland Security Committee last month it was "established with the explicit goal of ensuring that the protection of free speech, privacy, civil rights, and civil liberties is incorporated into all of the department’s disinformation work.” He argued that “we’re not the truth police" and said the board “does not have any operational authority or capability.” He implied that the main targets were Russian and Chinese agents who were spreading false information, dredging up now-debunked myths about the 2016 election which as we all know now, was a campaign created and paid for by Hillary Clinton's campaign.

The Board was at least temporarily put on hold following the debate regarding Director Nina Jankowicz, who later resigned. She has a history of either defining claims as disinformation that were later revealed to have credibility or putting faith in assertions that were later debunked. She immediately cast suspicion on the Hunter Biden laptop story, praised British ex-spy, Christopher Steele, as a disinformation expert, downplayed Iranian election meddling aimed at hurting Trump in the 2020 election, critiqued the media's promotion of the Wuhan lab leak hypothesis, pushed debunked claims of Trump-Russia collusion, and more.

The GOP senators disclosed that Robert Silvers, the undersecretary for the office of strategy, policy, and plans, and acting Principal Deputy General Counsel Jennifer Daskal sent Mayorkas a letter on Jan. 31, 2022, detailing the newly formed “Disinformation Governance Board Charter” because “on September 29, 2021, you directed headquarters and Component leadership to pursue a governance board model to coordinate efforts to counter mis-, dis-, and mal-information.”

The charter suggested the Board would have a big party at DHS. “The Board will serve as the central forum in the Department to ensure consistent governance and coordination of such efforts, and adherence to applicable constitutional, statutory, and regulatory authorities and obligations,” the charter read, adding, “The Board will serve as the departmental forum for the governance of DHS policies, plans, procedures, standards, and activities pertaining to MDM that threatens homeland security. As such, all DHS-wide or Component-specific proposals for funding related to efforts to counter MDM should be appropriately coordinated with the Board, including in advance of submitting any final funding proposals.”

The charter was signed by Mayorkas on Feb. 24.

“If your intent was to combat misinformation, online or in the government, why on God’s green earth would you nominate someone who is a human geyser of misinformation?” Hawley asked Mayorkas last month. The DHS chief said he was not aware of Jankowicz’s comments about Hunter Biden and Steele when he hired her, and he also said he did not hold deliberations about her hiring.

“If the (former) Executive Director of the DGB is incapable of determining what is and is not disinformation, how could the DGB ever have expected to function properly under her leadership?” Grassley and Hawley told Mayorkas in their newsletter.