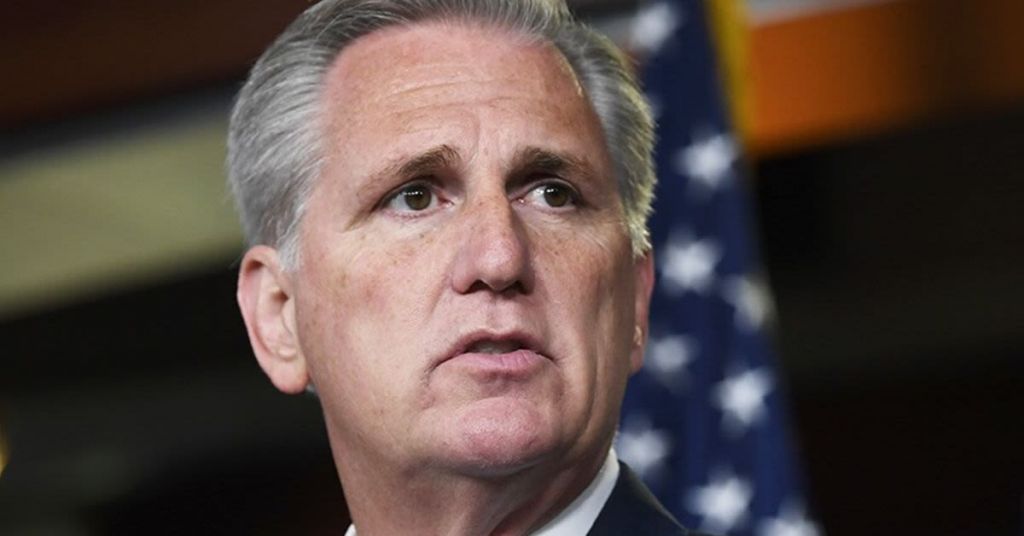 House Minority Leader Kevin McCarthy (R-CA) intends to launch no less than seven investigations into Democrat President Joe Biden's Administration if Republicans get back command of the House of Representatives in 2022.

"McCarthy plans to beef up staff, counsel, and other resources to be ready to extract information beginning Day 1 if the GOP gets the gavel," Axios reported on Sunday, stressing that McCarthy's office already has many investigations prepared.

The investigations at the top of McCarthy's list, according to Axios, include:

Republicans are in a strong position to get back the command of the House of Representatives in 2022. They are united in their drive to beat President Biden's agenda and their message to voters that Democratic policies are driving record inflation. Though in recent weeks, some in the Right-wing of the party have attacked their GOP colleagues, and in some cases even threatened to defeat them in primaries.

"It's things that we would not want to deal with, it is things the American people want to focus on — stopping inflation, gas prices and others. And anything that deviates from that causes problems," he announced about the most recent controversy kindled by Colorado GOP Rep. Lauren Boebert. Boebert made Islamophobic comments regarding Minnesota Democrat Ilhan Omar, who is Muslim. A phone call pushed by McCarthy between the two failed to diffuse the situation, and Boebert doubled down on her remarks when Omar pressed for a public apology.

The Boebert controversy revealed the split inside the GOP conference regarding the divisive statements when an ally of the Coloradan started attacking a fellow Republican.

Rep. Nancy Mace, R-S.C., was heckled on social media by a fellow Republican, Rep. Marjorie Taylor Greene, R-Ga., who announced she wasn't a true Conservative after taking issue with Boebert's rhetoric. Greene threatened to back a primary challenge in Mace's reelection race.