Sounds Like A Comedy Sketch: Would-Be Robber Slips On Ice And Busts His Head Open 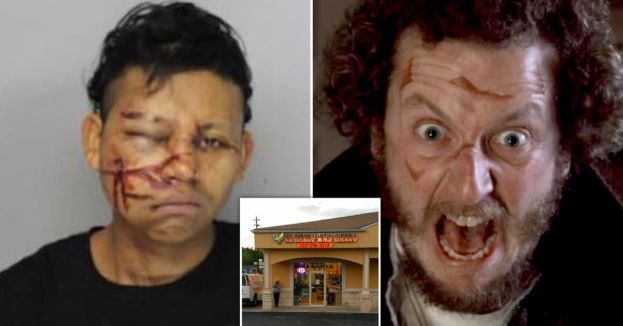 The Blaze reports that a Georgia man allegedly attempted to rob a store in Georgia, but he slipped on an ice patch and hit his head, according to police.

The Gainesville Police Department stated they were called to a store on the 400 block of Atlanta Highway on Christmas morning at about 1 am. When they arrived on the scene, they found 30-year-old Luis Sajbocho-Ordonez lying on the ground and injured. It turned out that an investigation revealed that Sajbocho-Ordonez hid behind the business until an employee came out of the store and confronted him with a gun.

The employee got into a scuffle with the suspect, and Sajbocho-Ordonez was shocked when a second employee came out of the store to confront him. At that moment, he fired a shot and ended up slipping on ice before he fell to the ground and hit his head.

Witnesses who saw what happened told the police that they could take two guns off the suspect and hold the suspect down until police could arrive on the scene.

Sajbocho-Ordonez was booked at the Hall County Jail on charges of armed robbery and aggravated assault. Additional charges might be added at a later date.

Fortunately, no one was hurt or even hit by the suspect's gunshot. He had many injuries to his face in his booking photo after falling and slipping on the ice.

The Gainesville Police said the following, according to the Blaze:

"Fortunately, no serious injuries occurred and the perp went to jail."

That said, the icy conditions in this area of Florida and throughout much of the country meant many people were injured by slipping on ice. In this case, we can all be happy that the one who ended up getting hurt by the slip on the ice was someone who wanted to harm others. At least in that, there is a silver lining. We can all celebrate the fact that Mother Nature decided to work on making sure this criminal didn't get away.