Not So Happy Holidays: Airline Leaves TENS OF THOUSANDS Of Passengers Stranded As US DOT Vows To Probe Incident (Video) 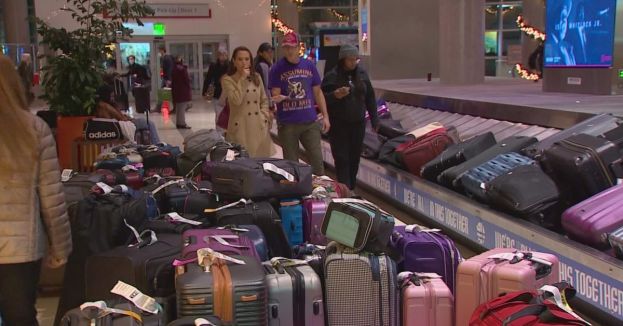 Southwest Airlines is again under the microscope because they canceled thousands of flights over the holidays, stranding thousands of people.

Airports were flooded with passengers after many had hoped to find passage on another plane.

Fox Business reported, “The airline canceled 2,886 flights on Monday, or 70% of scheduled flights, amid a winter storm impacting portions of the country, according to flight tracking website FlightAware. Every airline has had to cancel or delay flights over the last several days, but Southwest’s totals are particularly high.”

Southwest canceled many flights at a higher percentage than any other airline. Many of the cancelations were said to be weather-related. But other airlines were still in operation when many of the so-called storms had moved through.

Agents had to scramble to try and book people on other flights. But with so many people stranded, it became a first come, first served operation.

Fox Business reported that “Passengers are frustrated with the airline and have said they did not learn of the problems until arriving at the airport for their flights. More than half of the Southwest flights at that airport were canceled Monday.”

The airline failed to communicate changes to flight times and cancellations to people’s routes to the airport. The frustration of passengers is great.

Fox Business also reported that the department released a statement that read, “USDOT is concerned by Southwest Airlines’ disproportionate and unacceptable rate of cancellations and delays, as well as the failure to properly support customers experiencing a cancellation or delay. As more information becomes available, the department will closely examine whether cancellations were controllable and whether Southwest is complying with its customer service plan, as well as all other pertinent DOT rules.”

Southwest Airlines is reluctant to speak on the matter because it seems something needs to be fixed other than the weather excuse.