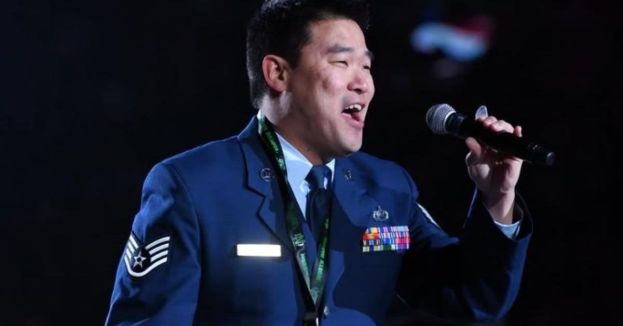 Mark J. Lindquist is a veteran of the United States Airforce.

He is also a former candidate for Congress. He has devised an idea to help raise money for the war in Ukraine.

His idea is to sleep outside in the cold nights or in Fargo, North Dakota, for 17 days. He wants to raise money to help the people there fight the Russian invasion. The Daily Caller reported that Lindquist stated, “Even though gas prices are high, even though everyone is thinking about inflation, there are people that always are in situations that could use your help or maybe are worse off than you.”

His desire to help others stems from his time in the Air Force. He also stated, “I now meet guys and talk to guys who are laying in trenches in the Donbas all the time. And it’s this snowy, winter mix all the time, sleet and rain, and you go live out in a trench for five months without enough layers to keep you warm. And so that’s what we’re trying to do; we’re trying to collect enough layers so that they can put it under their camouflage.”

The people in Ukraine are fleeing their homes and having to live in tense circumstances through the winter months. The Russian military does not seem to want to give up and go home, so more help is needed.

Lindquist was running for Minnesota’s 7th district when he decided to quit and turn his attention to helping with the war effort. His focus is to put supplies straight into the hands of the people where help is needed the most.

Lindquist stated, “It’s the same cause of freedom that I signed up for. So, although it may not be for citizens of my country, it certainly is the same principle. I saw what was happening in Ukraine, I said ‘Well goodness, these people are fighting for the same thing I raised my hand to defend.’”