Congressional Republicans Have Their Target On Heavily Pushed ESG Policies 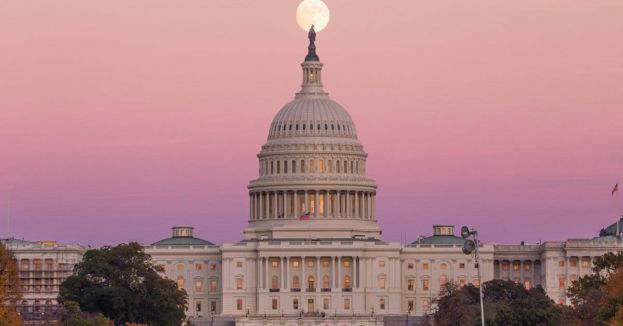 Republicans are already following their promises of investigations.

One of the first in the long list is a probe into ESG policies. Republicans who back the probe point out how policies may violate trust laws and often force things on consumers that are both unwanted and unnecessary.

CNS reports, “On Tuesday, six House Republicans launched a probe into whether a group of banks and money managers, wielding the influence of a reported $60 trillion of investments, is violating federal anti-trust laws to promote ESG (Environmental, Social and Governance) policies.”

A group of six Republicans sent a letter to investment executives on the committee of Climate Action 100+ detailing their concerns and why this probe is necessary. According to CNS, the letter begins, “‘Each of you is on the Steering Committee for Climate Action 100+, which seems to work like a cartel to ‘ensure the world’s largest corporate greenhouse gas emitters take necessary action on climate change.’”

It then continues to request information necessary to determine whether anti-trust laws have been broken. After that, it continues to explain why this probe is essential.

According to The Federalist, letter says, “Woke corporations are collectively adopting and imposing progressive policy goals that American consumers do not want or do not need. An individual company’s use of corporate resources for progressive aims might violate fiduciary duties or other laws, harming its viability and alienating consumers,” Republicans warned.

The article states that Republicans point out how corporations work together to punish those that don’t support their views. According to Republicans, this violates trust with consumers but also hurts consumers in the long run. Companies are encouraged to act in the best interests of the client. When companies go against that and hurt consumers to advance their goals, it’s a problem. Thankfully, Republicans are on our side.