Brilliant Idea! Frustrated Pastors Come Up With Plan To Push Back Against "Evil" Child Manipulation 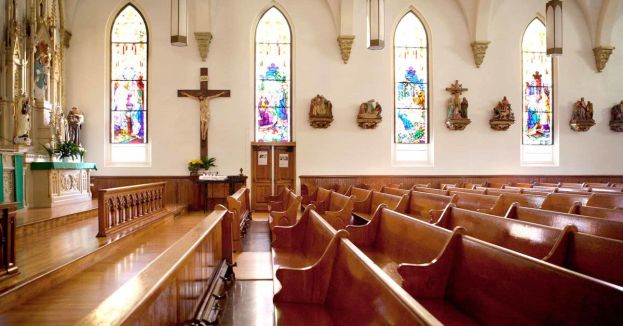 The Western Journal has reported the two pastors have had enough and come up with a brilliant solution to counteract the Drag Queen Story Hour: ‘Push Back on Evil.’

Dale Partridge and Michael Foster’s idea is not to stand around cursing the darkness but to bring to light the lurid drag queen story hours that are becoming more prevalent.

Foster and Partridge’s alternative to the story hour featuring drag queens is to go to the library and provide a pastor’s story hour.

According to CBN, Partridge, who authored “Jesus and My Gender,” set up his first story hour at the library, which drew 15 to 20 children along with their parents. Partridge said, “I think the kids loved it, and a lot of the parents love it.”

Foster, the pastor of East River Church and author of “It’s Good to Be a Man,” joined forces with Partridge and cited the command that Christians should be “salt and light.” Foster also noted men need to be more outspoken about drag queen story hours.

He stated, “All Christian men should be out there leading the way.” That “If we don’t fill the vacuum, who’s going to fill the vacuum? Well, some dude in lingerie, you know, twerking in front of our kids.”

Foster explained, “It did not take but 5 minutes for me to walk into my library, fill out a form, you know, request a room, and then show up a couple of days later and read to about 35 kids. So it’s an opportunity for us to be out there and lead the way.”

Partridge, whose website is dedicated to “strengthening biblical and theological literacy in the church,” told CBN that he and Foster were questioning why drag queens had such a strong interest in influencing children versus the church and its pastors.

Foster and Partridge want monthly story hours and hope to encourage pastors around America to follow their lead and join the effort.

Partridge said, “It doesn’t have to be necessarily a Christian book...” “It can just be an incredible store with a virtuous character that a pastor teaches.”

According to Partridge, it’s a way for churches to avoid being silent.