Who Is Hiring These People? Another School Administrator CAUGHT Having Relations With A Minor (Video) 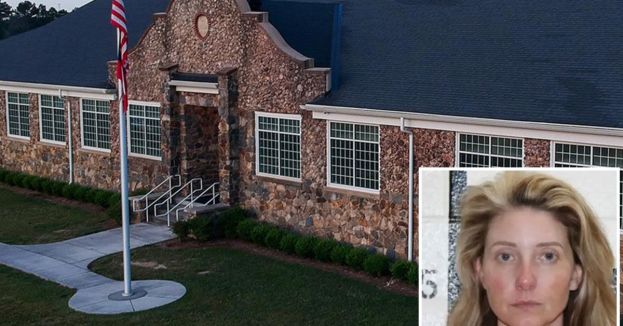 Authorities allege that they have busted a school administrator who they say had a sexual relationship with a student and provided alcohol to underage students at a Halloween party.

According to the Georgia Bureau of Investigations, Rachelle Louise Terry, 43, was arrested on multiple charges from the party. There is now an open probe into all of the allegations against Terry.

This particular individual has been in the Murray County school district for more than 20 years and is now getting busted for her alleged criminal activity.

The Dalton Daily Citizen reported that the school system's superintendent reached out to the Sheriff's office to report the rash of potentially illegal activity that they believed might have happened at the Halloween party.

The GBI issued a press release stating that Terry faced the following charges: one count of statutory rape, two of child molestation, and 10 of furnishing alcohol to minors.

As of Sunday afternoon, Terry remained in the custody of the police.

She has been placed on administrative leave while the investigation is ongoing. According to the New York Post, a school district spokesperson said they were shocked and devastated by this news.

"The safety and well-being of our students are always a top priority for the Murray County School."

The Dalton Daily Citizen reports that Terry earned $110,000 per year and is the director of federal programs in the school system.

The probe has been turned over to the Conasauga District Attorney's Office since the local Sheriff's office provides safety officers to schools in the district.

Although many people are shocked and disgusted by these allegations, we must note that all suspects are considered innocent until they are proven guilty in a court of law. However, Terry's fate in the court of public opinion appears sealed either way.