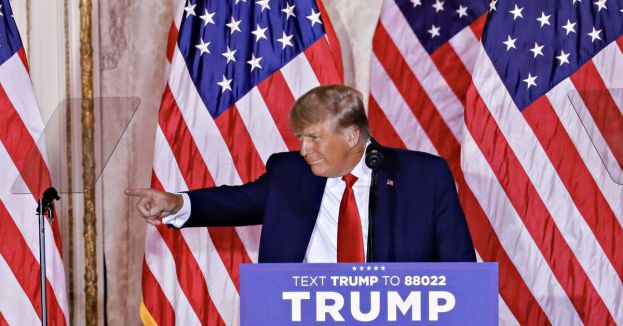 A recent Zogby Analytics poll showed that President Trump held a major advantage over Florida Governor Ron DeSantis in a hypothetical matchup between them in a GOP primary.

Breitbart reports that the Zogby poll found that 47 percent of GOP voters back Trump in the primary. That compares to just 28 percent for DeSantis. However, it is also noted that the level of support for DeSantis has also increased over time. The previous poll on this same question by Zogby found DeSantis support sitting at just 12 percent.

The poll found the following:

The people at Zogby also ran the poll without Trump in it to see the results. In a poll that doesn't include Trump, DeSantis wins 48 percent support while Mike Pence gets 21 percent.

Zogby might have found it relevant to run a poll with Trump not present in it, but it is not clear why they felt the need to do so. This is unlikely, given that Trump has already filed official paperwork to run in 2024. He is the first major candidate to do so on the GOP side in this cycle.

Trump stated the following during his speech announcing his candidacy:

"The decline being forced upon us by Biden and the radical left lunatics is driving us right here into the ground. This decline is not a fate we must accept. When given the choice boldly and clearly, I believe the American people will overwhelmingly reject the left's path to national ruin and they will embrace our vision for national greatness and glory,"