"Don't Listen To This Evil Woman:" Catholic Bishop TEARS Into This Establishment Shill 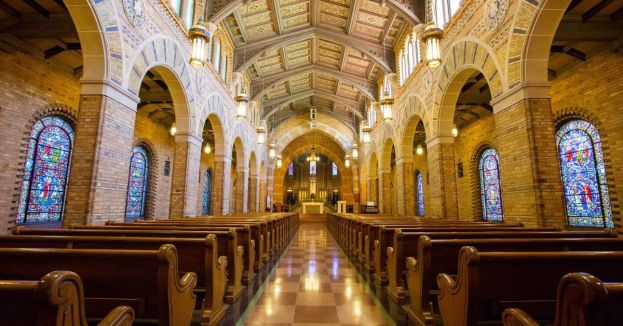 A Catholic Bishop in Texas held back nothing when criticizing former Secretary of State Hillary Clinton on Twitter.

Fox News reports that the Bishop issued a statement on Twitter about recent comments by Clinton about people who happen to be on the opposite side of the abortion debate.

Secretary Clinton appeared to call the new laws in the United States regarding abortion equal to rapes committed by Russian soldiers in their war with Ukraine.

Bishop Joseph Strickland of the Diocese of Tyler, Texas, urged his followers to ignore the comments of Clinton. He tweeted the following:

"Please, please don't listen to this evil woman, her lies and immorality need to be silenced for the good of humanity."

The Bishop coupled the tweet with a highlighted portion of what Hillary Clinton had stated at the Clinton Presidential Center's summit on women's rights.

In her comment, Clinton was asked by Christiane Amanpour about previous comments that she made referencing the idea that the battle for women's rights was "unfinished business."

Fox News reports that Clinton responded in the following way:

"We have come a long way since I made that statement, back in 1995, on so many fronts, but we are also in a period of time where there is a lot of pushback and much of the progress that has been, I think, taken for granted by too many people is under attack."

She followed this up with:

"Literally under attack, in places like Iran or Afghanistan or Ukraine, where rape is a tactic of war, or under attack by political and cultural forces in a country like our own, when it comes to women's health care and bodily autonomy."

This seemed to draw a direct comparison between events in Afghanistan or Ukraine and the debate over abortion rights in the United States. Most found this comparison absurd, which is why the Bishop felt the need to call it out.

Fox News reached out to people near Clinton for any follow-up on her comments, but they did not receive an immediate response.