Hold Them ACCOUNTABLE: De-Transitioner Is Suing Doctors For Mutilation 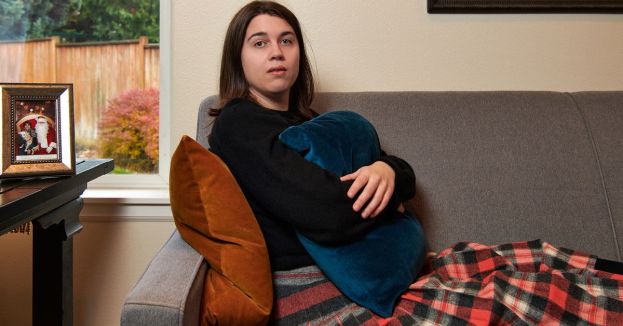 Camille Kiefel, 32, had her breasts removed in 2020 to attempt to conform to her gender identity.

According to the New York Post, her breasts were healthy, and there was no medical reason for them to be removed. However, doctors followed her wishes at the time and removed them.

Kiefel says that the doctors approved her request for this surgery after two Zoom meetings, and she feels they overlooked potential mental issues and concerns.

Now, two and a half years later, Kiefel feels like she is in a better place mentally and is suing several people involved in this process. She is seeking to sue the social worker, therapist, and the gender clinics they work for — Brave Space Oregon and Quest Center for Integrative Health. In total, she wants to collect $850,000 in damages.

Camille says that she never thought about her gender identity growing up. However, when she was in the sixth grade, a friend and classmate disclosed that a family member had raped her. It was at that time that Camille became more aware of her gender. At that same time, she reported that her father had given her some advice.

According to the New York Post, her father told her about how men talk about girls:

"My dad told me about how men talked about girls, because he wanted to protect me and to get me to dress more conservatively,"

However, she said that it caused the following impact:

"But it made my anxiety worse. All that really screwed me up. I remember I was even afraid to be alone."

She started to dress in a more masculine fashion from that point forward. She didn't want to be gazed upon by men, and she felt afraid of what could happen to her if she maintained the feminine way of dressing she had before.

When she reached her mid-20, she began to embrace a non-binary label and went by the pronouns "they/them." To complete the process, she decided to have her healthy breasts removed.

However, she says she also had the following mental issues: anxiety disorder, social anxiety, PTSD, major depressive disorder, and ADHD. She received the referrals she needed to have the procedure done, but she feels like the doctors and everyone else involved simply breezed past some of the warning signs that something could be wrong with her procedure. Thus, she is now suing them for their damage to her healthy body.