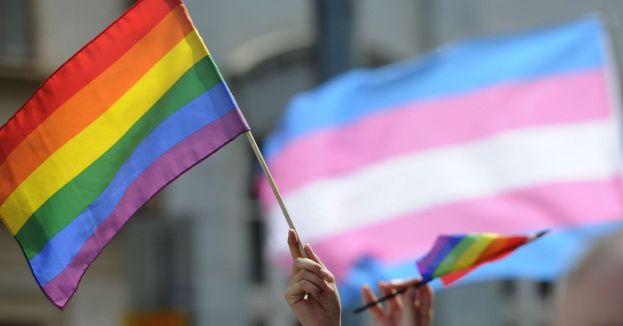 Teachers who leave off teaching English, math, and history in favor of Critical Race Theory and sexual identity politics have become the bane of parents across the United States.

However, the Blaze reports on a “non-binary” teacher in Louisiana who mixes a little sadism in her curriculum.

“Blaine Banghart, a non-binary teacher at an elementary school in the Caddo Parish District in Shreveport, took to social media to explain how students are confused about the teacher’s gender identity. Instead of referring to the educator as Mr. or Ms., students address the music teacher as Mx. Banghart.

“On November 7, Banghart wrote on Facebook, ‘I’m not allowed to tell kids I’m trans or non-binary or that I’m not a girl. I showed up today with a new haircut and presenting much more masc than usual. The kids are all confused and asking why I have a mustache if I’m a girl, if I’m Mr. Banghart now, why am I trying to look like a boy, etc.’” He also suggested that he might show up with a mustache and a skirt to elevate the confusion even more.

Part of Banghart’s problem is that he is not allowed to discuss his sexual identity with his students. However, the school does not have a strict dress code that requires teachers to wear attire appropriate to their biological sex. The situation caused some parents to express their concerns at a March Caddo Parish School Board meeting.

Banghart has his defenders, including Keith Hanson, chief technology officer for Shreveport.

“’ I have never spoken here as a citizen or parent of a student, but I am here today because this is important to me, my family and, most importantly, to her,’ Hanson said, referring to Banghart. ‘Let everyone see on public record that there are good people here ready to defend other good people from vile, bigoted hate.’”

Fox News reports that some groups promote the teaching of gender identity.

“Proponents of teaching gender ideology in schools say that it helps maintain tolerance and an accepting environment for LGBTQ+ youth. According to the Trevor Project, an organization that advocates for the inclusion of LGBTQ+ individuals, ‘One in three transgender youth reported attempting suicide, almost one-third reported being a victim of sexual violence, and more than half reported a two-week period of depression.’”

The school District where Banghart teaches is in Shreveport, Louisiana.