The Verdict Is In! Federal Judge Rules On Mar-a-Lago Special Master Review Of Docs 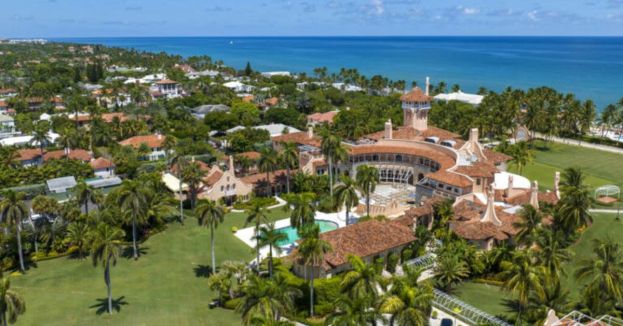 After the FBI raid on Mar-a-Lago, a special counsel was appointed to review the documents seized.

This appointment put the probe from the Department of Justice on hold. However, the DOJ fought to end the special counsel to continue their witch hunt. Now, we have a ruling.

Breitbart says, “A federal appeals court on Thursday ruled that U.S. District Judge Aileen Cannon did not have the legal authority to appoint a special master to review the documents seized during the raid of Trump’s Mar-a-Lago estate.”

The special counsel was set to finish his review this month. According to Breitbart, “Of the more than 13,000 seized by the FBI, roughly 100 were reportedly marked classified.”

However, that work will be thrown in the trash if this verdict holds up.

Now, Trump has the option to appeal the ruling. However, he has to appeal within seven days, or the verdict stands. A Trump spokesperson did release a statement.

Per Breitbart, “‘The panel’s decision today is purely procedural and based only on the jurisdiction,’ a Trump spokesman said. ‘The decision does not address the merits that demonstrate the impropriety of the unprecedented, illegal, and unwarranted raid on Mar-a-Lago.’”

This news comes after Jack Smith is appointed to oversee the case. However, Trump declares that he is biased and calls him a political hitman on Truth Social. He has a long history of shady prosecutions under his belt, so it makes sense that they would attempt to use him on Trump.