End The Tyranny: GOP Senators Threaten To Withhold Funding If Military Doesn't Do This... 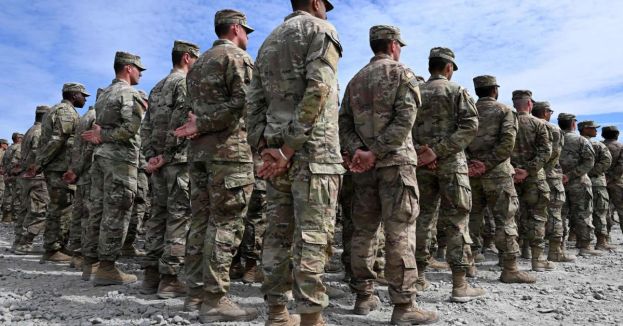 According to a report from the Daily Wire, 21 Republican governors have signed a letter in support of the military not being mandated to receive a COVID vaccine.

On Wednesday, the letter calling for immediate action was sent to congressional leaders to put a halt to the imitation of a mandated COVID vaccination for military personnel being put forth by President Biden.

The letter said, “The Biden vaccine mandate on our military creates a national security risk that severely impacts our defense capabilities abroad and our state readiness here at home.” It further added, “We face a two-front problem due to the Biden vaccine mandate, current service members are leaving our ranks, and new recruits are not signing up to join. Implementation of the mandate has placed our nation’s military readiness at risk.”

Aaron Smith, Deputy Chief of the Army National Guard Strength Maintenance Division, was cited in the letter with information that around 14,000 soldiers would be released within the next two years.

A report in November posed more concern for the governors as it stated that 8,000 active duty members had been discharged from the Armed Forces since the President began the mandate for COVID vaccine.

The governors concluded the letter by saying, “As Congressional leaders, it is your duty to provide for the national defense, and therefore, we call upon you to protect the men and women in uniform - who protect us - from an unnecessary vaccine mandate.”

Republican Senator Marsha Blackburn added her support to the effort and said, “I’ve been leading the effort in the Senate to stop the Biden administration’s vaccine mandate.” “I will not stop fighting for our service members.”

The letter was sent to Democrat Nancy Pelosi, Speaker of the House, Democrat Chuck Schumer, Senate Majority Leader, and minority leaders in the House and Senate.