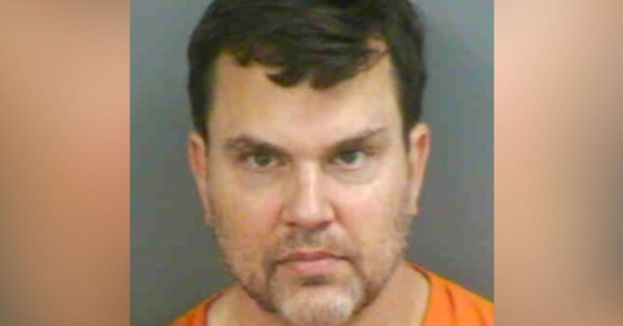 A Florida doctor was accused of raping multiple women while they were under anesthesia.

Now, the world is slightly safer, thanks to his death.

Fox News reports, “Dr. Eric Andrew Salata, 54, was arrested November 21 after two women, ages 51 and 73, reported to police that he had sexually assaulted them at his office on Naples’ ritzy 5th Avenue. Both women said the assaults occurred after Salata administered nitrous oxide to assist with sedation and pain from their procedures.”

The Blaze reports, “One victim told police that Salata had given her nitrous oxide for a cosmetic medical procedure, but when she regained consciousness, she was shocked to discover the doctor having sexual intercourse with her. She contacted police and underwent a sexual assault examination.”

Then, according to NBC2News, a third victim came forward. He was arrested but released on bail. However, one day, police noticed no activity on his ankle monitor and performed a welfare check on the rapist.

Fox continues, “A sheriff’s deputy found Salata in a ditch after spotting a boot sticking up out of a wooded area, according to an incident report cited by the outlet. Salata reportedly had a gunshot wound to his head and a pistol lying next to his right leg.”

Police stated that they didn’t think his death was suspicious. According to the evidence, it appears that it could have been a suicide. However, no details regarding his death have been released.

The medical establishment that Salata previously worked out was co-owned by his then-wife. No traces of the business’s social media pages remain as they went to great lengths to remove them from the internet after the sexual abuse allegations.

While many may mourn this man being gone, the world is a safer place without him. We say good riddance to the rapist doctor.