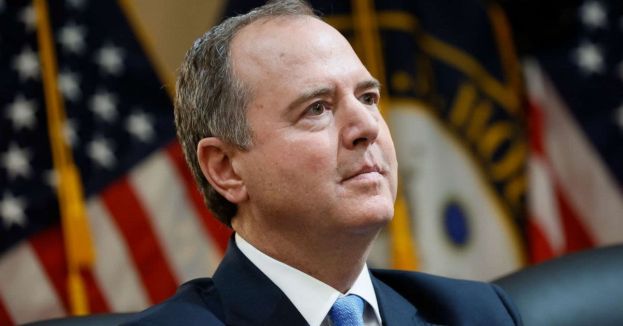 Adam Schiff is living up to his shady reputation.

He has admitted that the Democrats will erase evidence so the Republicans cannot get it before they take over the House at the start of the new year.

The Washington Examiner reported that Schiff stated, “The evidence will all be made public. Now, we will have to make sure that we scrub that evidence for personally identifiable information, that the evidence that we provide protects people’s security, it doesn’t put them at risk. So, there are things that we’re going to have to do along those lines.”

The January 6 committee is a crooked group of liberals determined to try and brand former President Donald Trump as a traitor. They cannot stand that he was right about the dealings deep within the Democrat Party.

The Washington Examiner also found that “Renewed doubt has been cast on the committee after several staffers expressed their grievances over the direction it was headed, fueled by concerns about Rep. Liz Cheney (R-WY). Due to her influence, they claimed, the committee’s focus was too much on former President Donald Trump’s actions during the riot, while findings examining intelligence and law enforcement failures were going to be excluded from the final report entirely.”

Schiff is a man who tried to impeach Donald Trump when he was president. He doctored evidence and told people what to say behind closed doors so it would seem that Trump was guilty of heinous crimes. And now he wants to doctor more evidence to hide the fake narrative his party is pushing.

The Democrats have lied to the American people since President Joe Biden took office. And now that the Republicans have stopped their deeds, they want to hide the evidence that will incriminate them.