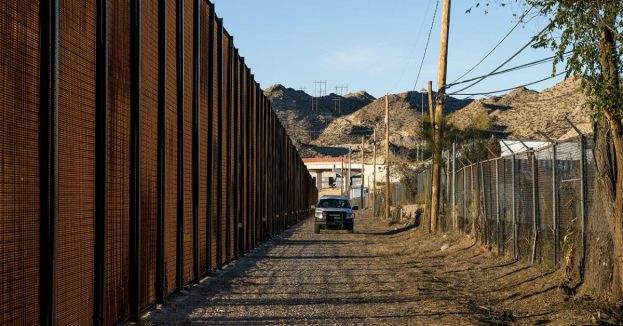 An immigration attorney on MSNBC did not appear to have his facts straight regarding how immigration law in this country works.

He went on the network to state that it was "unlawful" to not grant amnesty to illegal immigrants within the country. Where he came up with something like that, we will never know.

"There is an American law that allows for asylum. The use of title 42, a 1944 law that was done around the same time we were imprisoning Japanese-Americans in internment camps, it is a Stephen Miller special exacted to give harm and cruelty to these individuals," said Aaron Orr, the president of the American Immigration Lawyers Association.

The Trump Administration used Title 42 to remove illegal migrants who traveled to the United States immediately. It was an efficient system that allowed the country to continue to process legal immigrants while simultaneously dealing with the crisis at the border.

The U.S. Customs and Border Protection (CBP) says that 2.4 million illegal migrants were expelled from the United States during the Trump Administration because of his swift moves to use Title 42 to remove those who broke the law to come here.

The Biden Administration wanted to end Title 42 entirely in May, but a federal judge blocked them.

Orr continued to insist on MSNBC that the country isn't even following its laws regarding immigration. He appears to be making things up to let liberals hear what they want to hear on their favorite news network.

He even went as far as to accuse House GOP Leader Kevin McCarthy of pulling "tricks and stunts" at the southern border to try to draw attention to the immigration crisis that is ongoing there as well.

The truth is that McCarthy has highlighted many of the issues the country is experiencing at the border, which seems to irritate the people who go on MSNBC to talk about it.

U.S. Customs and Border Protection (CBP) reports that agents contacted more than 230,000 migrants at the border in October alone. That comes on the heels of 2.3 million migrants encountered during the fiscal year 2022. That number was a record for any fiscal year and wasn't even close.

The Biden Administration continues to ignore the problem, and Joe Biden has not made a trip to the border since he was sworn in nearly two years ago.