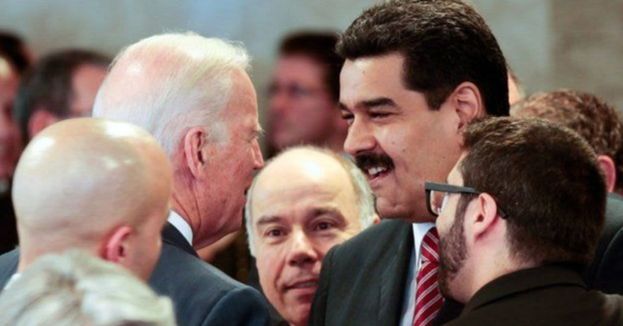 According to the Daily Caller, the Treasury Department released a new license to drill for oil to Chevron on Saturday.

The Office of Foreign Assets Control issued the license and allowed Chevron to drill for oil in Venezuela in a partnership with state-owned Petróleos de Venezuela.

To get this deal, Venezuelan President Nicolás Maduro and the Unitary Platform, an opposition party, agreed to carry forward a humanitarian program and to conduct "free and fair elections" within the country.

"What they're really trying to do is drive more and more of the U.S. oil industry offshore, into the arms of other countries."

He followed up by saying that he didn't blame Chevron for taking the deal. He says it is tough to drill for oil in the United States. However, we know that the United States has reserves of untapped oil that we have yet to begin to explore.

All of the regulations put up by the Biden Administration continue to make it more challenging for oil producers to do what they need to do to get traction with drilling within the country. That is a highly frustrating fact for many people in the industry.

The Biden Administration seeks to impose a moratorium on new drilling leases within America. That is an actively contested decision in federal court, but it shows you just how far Biden and his people are willing to go to try to get things to work out their way.

Many are frustrated by the actions of this administration and by their seeming lack of recognition of what they are doing to people who work in the industry.

Kish said the following about plans to drill in Venezuela:

"The Venezuelans have the largest proven oil reserves in the world, but it's very carbon intensive … it's some of the most carbon-intensive oil."

Thus, while it might seem like a slam dunk from a business point of view, even that is not necessarily a guarantee. Biden's White House has shackled the industry and forced it into deals like this.