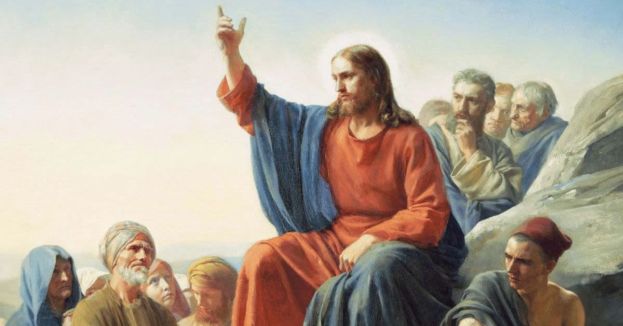 University staff has truly jumped the shark now. A Cambridge University dean has a wild theory that Jesus Christ might have been transgender...

The dean's name is Michael Banner, and he says it is a legitimate view to think that Jesus Christ might have been transgender. Even though Jesus is repeatedly referred to as "He" throughout the Bible, he is known as the "Son of God." He made this claim after disagreeing with a sermon from earlier this week.

Junior research fellow Joshua Heath at Trinity College gave the sermon about Jesus having a "trans body," according to the Telegraph. He based this idea on the fact that Jesus was not shown with genitalia in the Renaissance and Medieval paintings that he saw of Jesus. He even suggested that those paintings showed Jesus having a female body.

In reality, many painters of that time would not have felt comfortable painting genitalia of any kind in their paintings, and the most neutral thing to do was to avoid painting the male form. However, some wacky people on the Left want you to believe that this means that Jesus was somehow transgender.

The dean continued to defend his position, stating, "I think that speculation was legitimate, whether or not you or I or anyone else disagrees with the interpretation, says something else about that artistic tradition, or resists its application to contemporary questions around transsexualism."

Many people who heard the sermon by Heath walked out of it. They said that he was committing acts of heresy, and they insisted that his words were not accurate in Biblical teachings. They also say that his words made them uncomfortable and did not conform to their belief structure.

People have always known Jesus as God's Son and a male. That is something that should not be shattered by bizarre liberal ideology.