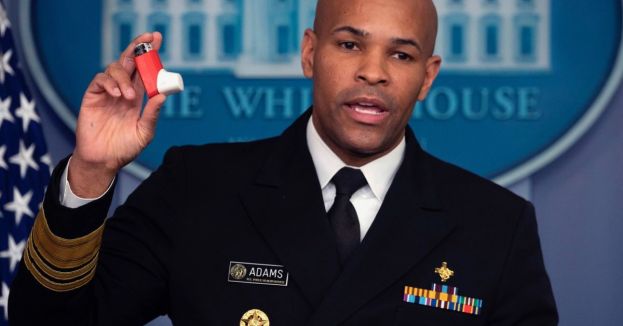 Former Surgeon General Jerome Adams says he struggled for a long time to find a job after four years working for the Trump White House.

Adams spoke with the Washington Times and said the following:.

"People still are afraid to touch anything that is associated with Trump."

He primarily sought positions in academia but says he and his wife received numerous polite rejection letters from those institutions. They don't want to have anything to do with him after he spent time working for Trump.

Jerome Adams was the top doctor for the country during the Trump years, but he says that the President's name takes the air out of the room for many employment discussions from his point of view. He even referred to this as the "Trump hangover." he sincerely feels he has lost out on job opportunities because of his association with the former President.

He said that Trump's announcement of a run in 2024 would make it even harder for him to find work. This seems like another complaint from a privileged individual who doesn't understand his position compared to many others.

In an interview with the Washington Times, Jerome Adams' wife, Lacey, revealed that she hates Trump and didn't want her husband to work for him. She says she was legitimately concerned about the stigma her husband's job could create for him.

She was quoted by the Washington Times:

"It was a lot harder than he thought to find a landing spot because of the Trump Effect."

Adams was unemployed before Purdue University President Mitch Daniels between January 2021 and September 2021. A former Republican governor hired him as the university's executive director of health equity initiatives.

After all this information came out in the interview, Adams stated that he wasn't complaining about his employment situation. Instead, he stated that he merely wanted to provide context.