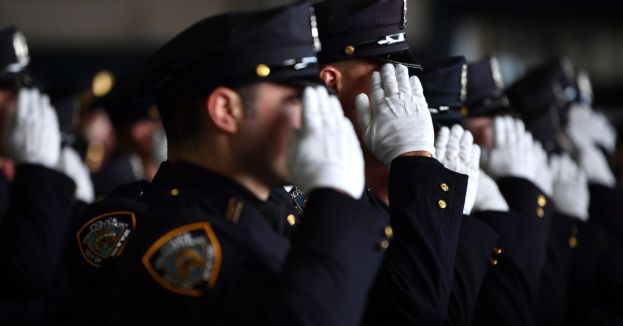 According to Just the News, a day after city officials received a letter from Office of Management and Budget Director Jacques Jiha about slashing vacant positions, New York Mayor Eric Adams spoke about what a hiring freeze means to the NYPD.

Partial hiring freezes are on the agenda, but Adams made it clear when speaking with reporters on Tuesday about any reduction of uniformed officers. Adams said, “One thing we cannot ever compromise on... that’s safety.” “I said it over and over; public safety is a prerequisite to our prosperity. That’s our economic stimulus. If we are unsafe, we will not be able to survive as a city.”

City Comptroller Brad Lander expressed concerns over the letter from Jiha. While he agrees with the need for the city to save money with the downturn in the economy expected, he realizes agencies must be in a position to serve the public. Lander said, “Today’s directive to agencies furthers our concerns about recruiting and retaining the staff needed to implement critical programs from traffic safety improvements to processing housing applications.”

Adams pointed out that Lander may need to focus on his office before being concerned about his. Adams said, “What’s very interesting, and I could be wrong, but I have to check on it. I believe we have a 6 percent citywide vacancy rate in the mayor’s office.” “I believe the comptroller has a 17 percent vacancy rate, and so if he’s starting with my 6 percent, I’m going to have a problem doing services, what is he going to do with 17 percent.”

As a former police officer, Adams ran his campaign for mayor on a platform that he would slash overtime for the NYPD. After his first year, the cost of overtime has increased, although there have been some lowering of costs in some areas.

Adams shared thoughts when he said, “Voters tell me every time when I’m on the trains, when I’m on the buses when I’m walking the streets.” “And the omnipresence of a police officer assists that...We have to keep doing the right things, and once we can stabilize this ship on what I believe are some of the problems we had in the past, then we can look at really digging into bringing back some of that overtime. But right now, I have to make sure the city’s safe.”