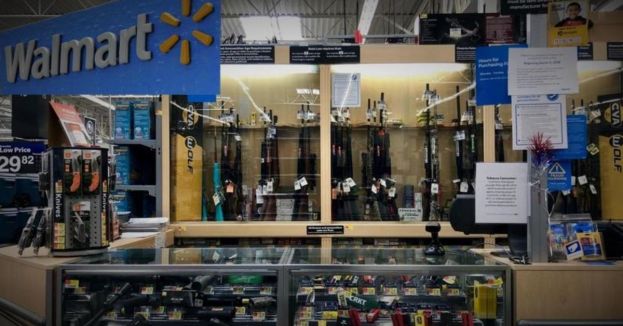 Wal-Mart banned the open carry of firearms in its stores in 2019.

However, this wasn't enough to prevent the mass shooting in a Chesapeake, VA, Wal-Mart location this past week.

Breitbart News first reported on September 3, 2019, that Wal-Mart banned the open carry of firearms for self-protection in its stores. The company felt that banning weapons for self-protection would be enough to keep its customers safe. However, that is different from what happened this week. At the time, CNBC noted that Wal-Mart stores put up signs throughout their various retail locations indicating that carrying firearms was strictly prohibited.

The CEO of Wal-Mart even announced the ban himself by saying the following:

"We believe the opportunity for someone to misinterpret a situation, even in open carry states, could lead to tragic results. We hope that everyone will understand the circumstances that led to this new policy and will respect the concerns of their fellow shoppers and our associates."

The open carry ban in Wal-Mart comes on the heels of Congress trying to take action to ban certain types of automatic and semi-automatic weapons. The assault on firearms is still happening at private and public levels.

Many states are taking the opposite tactic of private companies. In 2021, South Carolina became the 46th state to legalize open carry within its borders. This contrasts sharply with what Wal-Mart wants to do with its ban on open carry in its stores. There is no comparison between Wal-Mart's tactics and what the various states are doing. It seems like the nation's largest retailer doesn't care if they move in direct contrast to what the states want to do.

Sadly, at approximately 10 pm on November 22, 2022, an employee at the Walmart in Chesapeake went into the store and began opening fire on other employees. They took the lives of six employees in the store before turning the gun on themselves and ending their own life.

The investigation into the shooter's motive continues. The police are looking to see what they can figure out about the reason why someone would do something like this, but so far, it is still unknown. Many people will suffer a lot of trauma from what they witnessed in the midst of all of this. It is certainly something to keep an eye on going forward.