Fighting Till The End: Arizona GOP Candidate Refuses To Backdown, Makes Her Next BOLD Move... 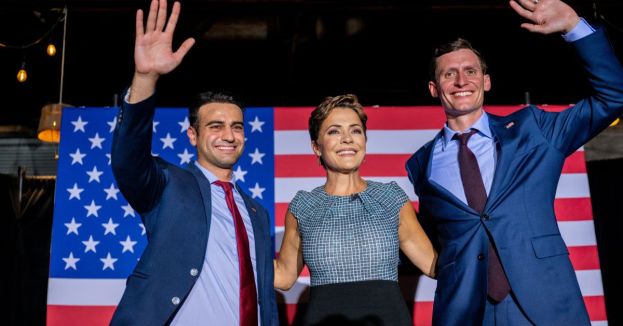 Governor-elect Katie Hobbs will likely be headed to court after a GOP AG candidate filed a lawsuit challenging the 2022 election results.

Hobbs is currently the Secretary of State for Arizona, but she officially recused herself from that role so she could run for Governor. She wanted to give the appearance of impartiality.

Election Day issues appear to have piled up in Arizona, with reports indicating that up to 48 percent of voting machines in Maricopa County are suffering issues. This caused long lines to form to vote; some people might even have turned around and gone home.

The Western Journal received 20 individual videos of voters being turned around or barred from entering a polling place directly because of issues with the ballot machines.

Many voters who might have been discouraged by the long lines and left to go home might have been Republican-leaning voters, according to those who reviewed the results and believe they know what they are looking at outside of Maricopa County.

That is enough to be seriously concerned about the vote count and what exactly happened in Maricopa County. That is why some people are encouraging the GOP candidate to fight this election with everything they've got. Indeed, that is exactly what the candidate is doing. A lawsuit has been filed, and now Katie Hobbs will likely have to go to court to defend this wild election in Arizona.

The number of things that could be learned from a lawsuit over this election is vast and worth paying attention to.