For Once, This Democrat Tells The Truth About Their Party... 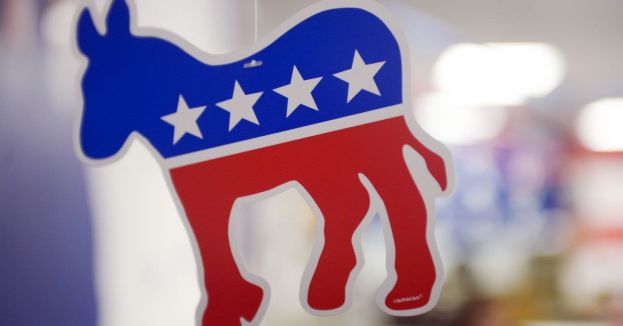 Democrat Senator Mark Kelly is finally telling the truth about his party.

He says the Democrats "aren't even close" to understanding the border crisis. Talk about an understatement.

Kelly spoke with The Washington Post and said the following:

"It didn't take me long to realize that there are a lot of Democrats who don't understand our southern border and a lot of Republicans who just want to talk about it."

He said that he would continue to try to work with Republicans to get more funding for border security.

This all comes as the Biden Administration has overseen the largest influx of migrants at the southern border in the country's history. During the fiscal year 2022, there were 2.4 million border apprehensions alone. More than one million of those apprehended have been expelled from the country because of Title 42. However, a judge recently overturned Title 42, so it seems that many more migrants will be able to stay in the country far longer than they could before.

The judge did allow a five-week delay before his ruling went into effect. In response, fifteen attorneys general have filed lawsuits to prevent the termination of Title 42.

The AGs put out a statement saying:

"Because invalidation of the Title 42 Orders will directly harm the States, they now seek to intervene to offer a defense of the Title 42 policy so that its validity can be resolved on the merits, rather than through strategic surrender."

National Border Patrol Council president Brandon Judd and Arizona Police Association president Justin Harris have gone after Mark Kelly in the past, saying that he is absent on the issue of border security. The Arizona Senator could do a lot more to help take a stand in Washington and not let the state of Arizona and other border states get overlooked so easily. They believe that a Democrat Senator was saying it could have even more impact than a Republican one.

So far, the two are still unpleased with what they have seen from Kelly. They say that it appears that he gives lip service to the idea of border security, but they don't see any real urgency or concern on the part of the Senator.

Kelly continues to back other immigration reforms, such as repairing the so-called "Dreamer" program and pushing for immigration reform. However, many still believe he is not tough enough on the real issues driving the conversation.