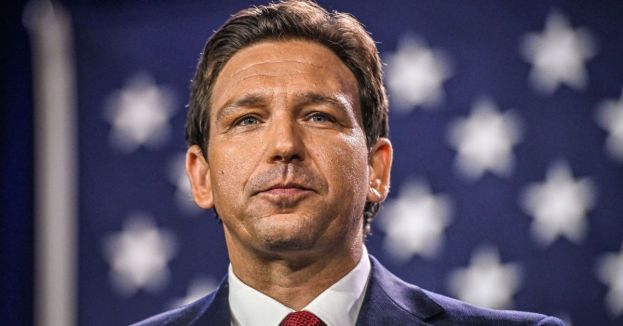 DeSantis receives massive Republican support as he gets one standing ovation after another.

During his speech, the Florida governor boasted of his many accomplishments and let Republicans know he was just getting started. We also saw another Republican tease that they might be planning a run for the White House.

Fox News reports, “‘We’ve accomplished more over four years than anybody thought possible,’ DeSantis touted as he delivered the keynote address on Saturday night in Las Vegas at the Republican Jewish Coalition’s annual leadership meeting. This is the first major Republican cattle call in the 2024 White House race.”

The competition between Trump and DeSantis is noticed throughout the GOP. Trump is seen as helping get DeSantis elected in 2018, but now DeSantis is his army. However, while Trump makes nicknames for DeSantis, the Florida governor refuses to fight dirty. He doesn’t even mention Trump’s name. Instead, he takes the high road, boasting of his accomplishments. That strategy seems to be working for him.

According to Fox News, “DeSantis highlighted his record in battling antisemitism and his support for the state of Israel. He talked about holding public events in Judea and Samaria, making him the first American politician to do so, and said to huge applause, ‘I don’t care what the State Department says - it’s not occupied territory, it’s disputed territory.’”

Other key highlights of DeSantis include his remarkable victory in the midterms, the way he took on large corporations like Disney, and the fight throughout the pandemic. Republicans at the convention were thrilled with the speech.

However, there was another eyebrow-raising speech as well. Nikki Haley admitted she might be gunning for the White House. Fox says, ‘“A lot of people have asked if I’m going to run for President,’ Haley said to cheers. ‘Now that the midterms are over, I’ll look at it seriously.’”

That wasn’t the only line suggesting we might see our first female President. According to Fox, “She grabbed a standing ovation when she repeated her line that if President Biden succeeds in getting back into the Iran deal, I will make you a promise. I’ve said it before: The next President will shred it on her first day in office.’”

Now that the midterms are done, the race for the White House begins.