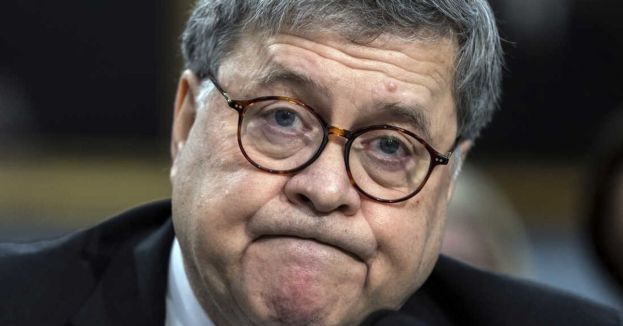 Bill Barr, the former Attorney General, anticipates former President Trump will be indicted based on evidence collected by the federal government, according to the New York Post.

Barr told Margaret Hoover, host of “Firing Line,” in an interview that the Justice Department “probably have the evidence” to “legitimately” charge Trump with a crime based on alleged documents the former President retained after his term ended and he left the White House. The sensitive documents were allegedly stored at Trump’s Mar-a-Lago estate.

During the interview, Barr said, “If the Department of Justice can show that these were indeed very sensitive documents, which I they probably were, and also show that the President consciously was involved in misleading the department and playing games after he received the subpoena for the documents, those are serious charges.”

In comments from the interview posted by the National Review, Barr said if Trump is the 2024 GOP presidential nominee, it would be a “tragedy.”

Barr was asked whether he believes Trump is putting in his bid to run for office to “insulate himself” from “unprecedented federal, state, and congressional investigations.” Barr responded, “I think that could be part of the reason. But I think he, you know, he has a monumental ego, and he doesn’t want to go down in history as a loser. And he also would like to get revenge on the people that he feels didn’t give him his due.”

He said, “I think our republic is in jeopardy because we are not throwing out the best and the brightest for these offices.” “We’re not giving the American people good choices. Too frequently, they’re picking the lesser of two evils. And we can’t last very long if that continues to happen.”

The New York Post noted that on Friday, Attorney General Merrick Garland announced Jack Smith had been appointed special counsel to lead the federal investigations into Trump. The investigation by the Department of Justice regards his involvement with the January 6 riot at the capitol and not about the handling of sensitive material after leaving office.