An Uprising: Amid Mass Protests, The New Brazilian Gov Is Starting To Look Like Canada 2.0 (Video) 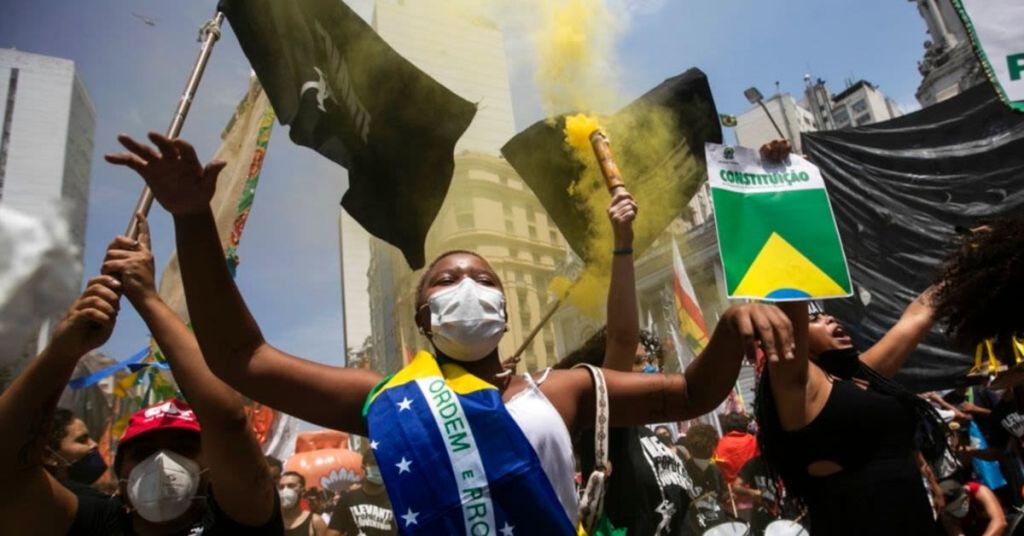 Two weeks ago, the election in Brazil led to protests that continue today.

Tens of thousands of protestors are gathering across the country to show their disdain for the election fraud that led to the Communist Luiz Inacio Lula da Silva being named President.

The Ministry of Defense filed a report on November 10 that said, “It is not possible to say the electronic voting system is free from the influence of malware that could affect its outcome.” In an unsurprising but upsetting response, the Supreme Court turned on the report by claiming it was causing protests. No investigation was done, according to Gateway Pundit.

Protestors are working to save the country from communism by stopping Lula from taking office as President at the start of the new year. The Supreme Court Minister claims that the assembled protestors are committing illegal actions because they abuse the guaranteed right to assemble. He claims that because the protestors encourage people to refuse compliance with the electoral decision, the protests aren’t lawful.

Supporters for Bolsonaro are blocking roads and highways. The Supreme Court issued a ruling ordering law enforcement to free up those roads.

Bolsonaro is known for being outspoken about the unreliability of the electronic voting system in Brazil. According to PBS, he hasn’t produced any evidence of fraud despite saying he had proof.

For some, the issue regarding the election lies in the fact that Lula da Silva had only 50.9% of the votes overall. More than 100 ballot boxes contained 100% of votes for only one candidate, the majority of which was da Silva.

Protestors want to ensure the country is moving in the right direction. Communism isn’t that direction.