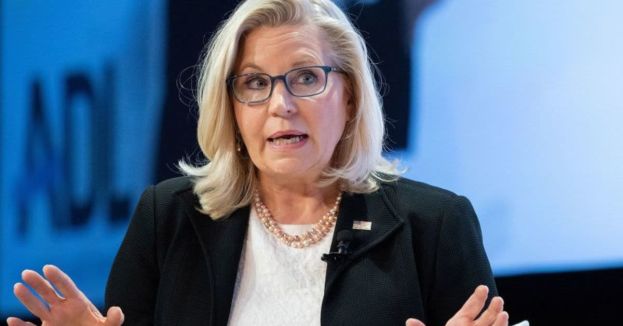 Republican Liz Cheney is known for being a critic of Trump.

Now, she’s at it again with odd phrasing when discussing the results of midterm elections. The representative from Wyoming doesn’t hesitate to make her thoughts on the former President known.

Business Insider reports, “Speaking at an Anti-Defamation League event, Cheney stated the outcome of the midterm elections is proof that everyone is ‘coming together to say we believe in Democracy,’ per reports from CNN, The Hill, and multiple other news sources.”

However, that’s not the only thing that Cheney said. Although she didn’t mention either party, Cheney made it a point to bash Trump as soon as she had the opportunity. Business Insider says, “Well, I think that it was an obvious victory for team normal,” Cheney said. “We believe in sticking up for the Constitution and the Republic and a real rejection of the toxicity, hate, and vitriol of Donald Trump.”

Cheney is not new when it comes to criticizing our former President. She’s one of the few Republicans against the party and the party’s leader. Cheney even went against Donal Trump when he was in office and after he left the White House.

Business Insider reports, “She is one of two rebel Republicans sitting on the committee investigating the Capitol riot. Cheney is also known because she voted to impeach Trump following the attack last year.”

Her criticism cost her re-election, and she will no longer be in Congress. However, she is determined to stay active in politics. The so-called Republican is not backing Republican candidates, though.

Business Insider states, “In the run-up to the midterms, Cheney endorsed three Democrats. Cheney actively supported Abigail Spanberger of Virginia, Elissa Slotkin of Michigan, and Tim Ryan of Ohio. Spanberger and Slotkin both won their races. However, Tim Ryan lost.”

While Cheney says that she backed Democrats because of problems the nation is facing, she might as well call herself a Democrat at this point.