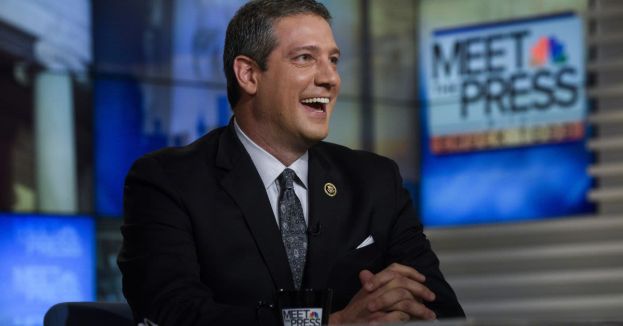 The race in Ohio is close. Democratic Tim Ryan is running against Republican JD Vance, but one Democrat points out that Tim Ryan is a total fraud.

Ohio is one of the nation’s swing states, leading to significant campaigning.

Fox News reports, “The op-ed, published in the Cincinnati Enquirer, was written by Hamilton County Auditor Dusty Rhodes, a proud, lifelong Democrat’ who holds elected office in the state. In the essay, Rhodes accuses Ryan of being a “fraud” and urges all voters – Democrats, Republicans, and otherwise – not to vote for him.”

The essay states, “Here’s the truth: Tim Ryan is not who he says he is. He votes in 100% lockstep with Pelosi and Biden in Congress. At every opportunity, he follows the orders of the DC establishment. That’s the path of least resistance many of our’ leaders’ fall into. We all deserve better.”

The author points out that many Democrats represent more liberal cities and embrace far-leftist views. He also points out that those same views aren’t found in Ohio. Fox News says, “Ryan, like Pelosi, Biden, and far too many other Democrats, have made themselves willing tools of the far-left fringe that’s giving my party a bad name. Their politics may represent the coastal elite and many liberal cities, but they don’t represent Ohio.”

Ryan is another radical Democrat eager to do whatever it takes to keep his position in the office. The op-ed points out, “Ryan once called himself a pro-life Democrat. But he has since voted to legalize nationwide abortion on demand at any point in a pregnancy, up until the moment of birth. Ryan and his fellow congressional Democrats even blocked efforts requiring doctors to deliver life-saving care to babies who survive botched abortions.”

He’s not a moderate Democrat. He’s a fraud eager to do whatever it takes to stay in power.