Cowards: Biden And Dems Refusing To Speak Up About This Crucial Issue... 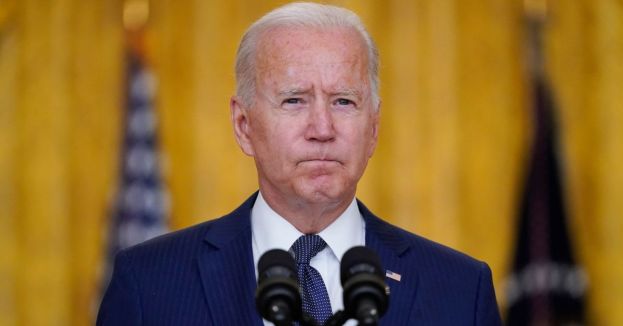 President Joe Biden and the rest of the Democrats have decided that it is best to shut their mouths ahead of the midterm elections, so they do not reveal how anti-American they have become.

They refuse to admit certain liberal concepts because they know that even their leftist supporters would disapprove of their stance.

Fox News reported, “The White House has emphasized the need to protect gender-affirming care for transgender youth, which it claims is ‘life-saving,’ but declined to comment if this includes sex-reassignment surgeries. House Majority Leader Nancy Pelosi, D-Calif., and Senate Majority Leader Chuck Schumer, D-N.Y., also did not respond to request for comment.

Several states have decided to ban the surgical practice altogether. And the ban has caught the attention of Biden’s weaponized Department of Justice, which has threatened legal action because they believe it violates discrimination laws.

Fox News reported that the Department of Health and Human Services stated:

“For transgender and nonbinary children and adolescents, early gender-affirming care is crucial to overall health and well-being as it allows the child or adolescent to focus on social transitions and can increase their confidence while navigating the healthcare system.”

And when the liberals responded to questions about the statement, they got all choked up and could not respond. It appears they need the issue to quiet down until after the midterms.

Fox News also reported that Biden and his administration think kids need to be left alone to find their way. But they are quick to indoctrinate and persuade kids to give up on the usual way of life and embrace a lifestyle that is contrary to nature.

At least for the time being, the Biden administration will remain silent with the hopes that enough Democrats win their elections so the President can continue his destruction of the country.