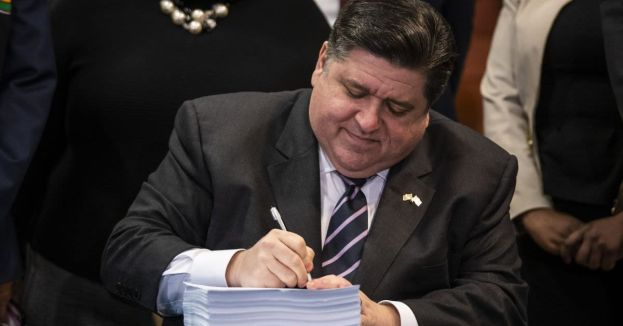 Illinois continues to make headlines for its insane laws and rampant criminal activity.

Businesses leave Chicago in a mass exodus. Meanwhile, even Democrats say a new law is going to destroy Illinois.

The article explains, “The Safety, Accountability, Fairness, and Equity-Today Act was signed by Illinois Governor Pritzker, D-Ill., in 2021 and is set to go into effect next year. It will implement sweeping reforms to Illinois’ criminal justice system. However, it has drawn massive criticism from law enforcement professionals across the political spectrum.”

When this law is enacted, criminals will be allowed to roam free. Judges and prosecutors will no longer have a say that they desperately need to keep Illinois streets safe.

Per Fox News, “Critics of the law have issues with several of those provisions, including ending cash bail. Another issue is prohibiting judges from using a defendant’s previous behavior when determining whether they are a flight risk. Finally, critics are outraged that the law allows 48 hours between the time a defendant on electronic monitoring leaves home without permission and the time authorities can charge that person with escape. The new police training policies are to be without additional funding for departments.”

James Glasgow, state attorney, is fighting to keep the law from going into effect. He’s currently suing Pritzker, and Glasgow isn’t the only one to have an issue with the new law. Per Fox, Glasgow says, “This law intends to destroy the criminal justice system in Illinois. I’m not going to let that happen.”

Fox News says, “Glasgow is one of Illinois’s most high-profile state prosecutors to come out against the SAFE-T Act. He is joined by 100 of 102 state’s attorneys in Illinois who oppose the law.”

Under the law, criminals that allegedly commit violent crimes, such as second-degree murder, will not be detainable unless the court can prove they are a flight risk. However, the laws make it hard to prove that it will be impossible to detain these criminals. According to the law, officers cannot act until a person violates house arrest for 48 hours. That gives murderers time to make it out of their jurisdiction or get the ankle bracelet off.