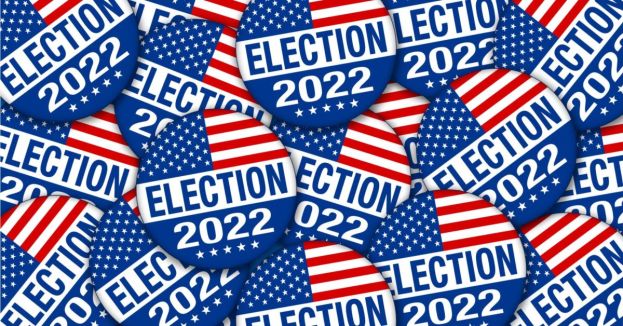 However, now they take a different stance as poll numbers show a GOP takeover.

According to The Daily Wire, “The latest CBS Battleground Tracker poll estimates that Republicans will win control over the House. Republicans will gain a minimum of 15 seats in the upcoming midterm elections.”

The results predict that Republicans will have 228 seats, leaving the Democrats with only 208. The Daily Wire says, “The latest projection includes a margin of error of plus or minus 12 seats. It is based on a similar model used by the poll that accurately predicted the 2018 midterm election outcomes.”

That’s not the only poll that estimates a win for Republicans. Daily Wire says, “A Trafalgar Group study from October also showed GOP voters ahead at 48.2% support versus Democrats at 42.4%. Another 9.4% were undecided in their response.”

Republicans are predicted to win the Senate as well as the House. Daily Wire says, “Rick Scott, the National Republican Senatorial Committee Chairman, said the GOP would have at least 52 Senate seats after the 2022 midterms. During Sunday’s “State of the Union” on CNN, the senator argued his party would win several of the most controversial battles in the Senate.”

The Democrats use every trick they can, from a refusal to debate to a massive Hollywood movie, but it’s not enough. Americans have seen what happens when Democrats control the country, and it’s not good.