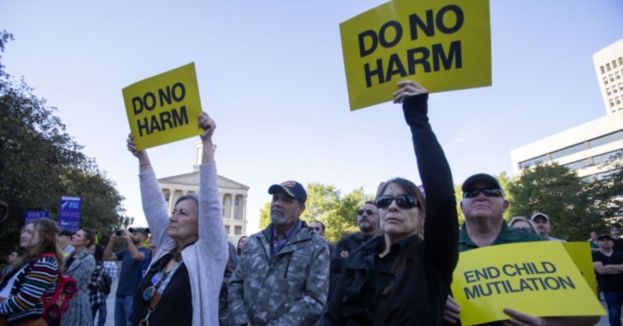 The votes are in, and the Florida Board of Medicine has spoken.

On Friday, board members of the Florida Boards of Medicine and Osteopathic Medicine Joint Rules/Legislative Committee Rule Workshop held a hearing to decide what actions will be allowed for children’s sex changes in Florida, according to a report by The Post Millennial.

Joseph Ladapo, Florida’s Surgeon General, said that the state should not permit sex changes, whether it be via drugs or surgery.

The decision came after testimony from adults who have gone through a transition, parents of children currently going through transition, and parents who lost their child due to gender transition.

The board voted against using surgery, cross-sex hormones, and puberty blockers as treatments for minors experiencing gender dysphoria. The recommendation for disallowing these types of procedures goes to the entire board next week for a vote.

Parents who felt their child had “come out” and then pushed that child into medical gender transition were allowed to voice their opinion at the hearing. Once the final vote by the committee members is taken and the disallowance of drugs and surgery is passed and goes into effect, children in the transition process would no longer be eligible or able to receive any gender transition drugs or surgery. The one exception to the new legislation would be for children participating in clinical trials.

The committee heard from male and female adults who have transitioned to the opposite gender and transitioned back.

One of the first to speak was 23-year-old Zoe Hawes, who transitioned as a teenager. Hawes said she was “unstable and suicidal” by age 16 and believed she was a boy. Her mother feared that “I might kill myself if she didn’t affirm me.” A gender therapist diagnosed Hawes as having gender dysphoria and recommended taking testosterone after only three months. Hawes said, “I started T seven months after coming out at the age of 16.” “I really thought transitioning was going to fix everything.”

Others spoke of their experiences, difficulties, complications, side effects, depression, and ongoing treatments to “fix” problems each experienced after transitioning via drugs and surgery. Each individual shared their feelings that treatments, drugs, and surgery should be banned until a person reaches 18 or 21.

Florida is one of the first states to take action in the legislature to prohibit minors from gender-identity indoctrination in schools and to prohibit sex change.