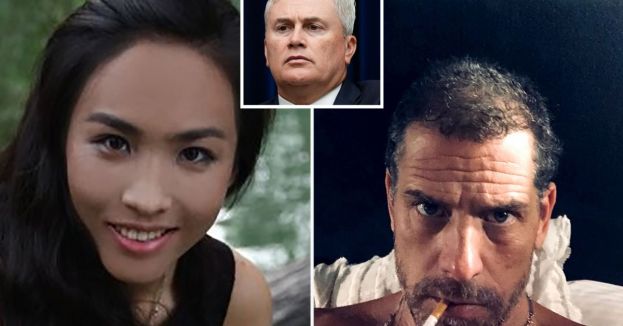 Her allegiance is misplaced as it is linked up with the Chinese government. Her relationship with communist China has drawn the attention of the House Republicans.

The New York Post reported that “Rep. James Comer (R-Ky.), the top Republican on the House Oversight Committee, demanded information Wednesday from FBI Director Christopher Wray on the Biden family’s links to Bao while Hunter and his uncle James Biden raked in $4.8 million from Chinese government-linked CEFC China Energy in 2017 and 2018.”

The depth of corruption with Hunter Biden continues to get deepened. Hunter Biden has caught the gaze of the Republicans as they believe he is highly connected and compromised by communist China.

The New York Post also reported that “The letter says that Bao ‘worked for the [Chinese government’s] National Development and Reform Commission (NDRC), which ‘is in charge of China’s macroeconomic planning’ and approves any major project that receives foreign funding’ and therefore ‘was linked to the Communist Party of China (CCP), her employer before the Biden family.’”

The Chinese needed Joe Biden to run for president to secretly work their plan to achieve dominance in the financial world. Hunter Biden’s former employee was connected with her Chinese bosses and was working on orchestrating a communist presence in Washington.

The New York Post also reported, “A May 2017 email regarding the Biden family’s CEFC partnership described the ‘big guy’ as being due a 10% cut. Two former Hunter Biden associates, Tony Bobulinski and James Gilliar, identified Joe Biden as the ‘big guy’, and Bobulinski says he met with Joe Biden in the same month about the deal. The president has denied making any money from his son’s overseas business deals and claimed he never even discussed the enterprises.”