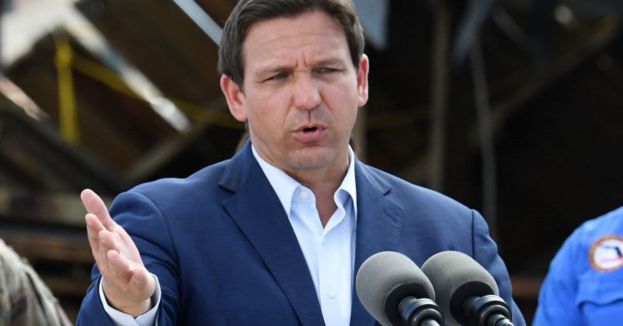 However, like many other establishment Republicans, Jeb Bush found himself soundly defeated by the ultimate outsider, Donald Trump, who went on to be elected President of the United States.

According to Business Insider, Bush now touts another Florida Governor for President in 2024.

Bush gushed that DeSantis, who is running for re-election this November, has been “a [really] good governor.”

He shared that he feels like a DeSantis fan because “he has governed effectively in the state that I love,” Bush said. “He’s been a [really] good governor.”

Understandably, Bush had a dimmer view of another famous Florida resident, a man who has already been elected President and will likely run for that office again in 2024.

“Bless his heart,” Bush repeatedly said when asked to weigh in on Donald Trump’s assertions about former President George H.W. Bush’s handling of his White House papers. Trump, accused of taking government documents, including classified records, back to Mar-a-Lago, has tried to argue that past presidents acted similarly.

Bush mocked former President Trump’s assertion that his father had stored presidential documents in a bowling alley or a former Chinese restaurant. “Whether he did or did not do anything wrong, I don’t know. But the simple fact is that equating the National Archives employees [doing] their duty [in] the proper way is a far cry from keeping national security papers at Mar-a-Lago.”

As it turns out, Trump’s assertions have a ring of truth. The National Archives chose to store Bush’s papers in a retrofitted bowling alley. News accounts at the time said they kept some records in what used to be a former Chinese restaurant kitchen. The Archives previously said that recent presidents handled their records in compliance with federal law. In contrast, the agency forced Trump to turn over public documents stored at Mar-a-Lago.