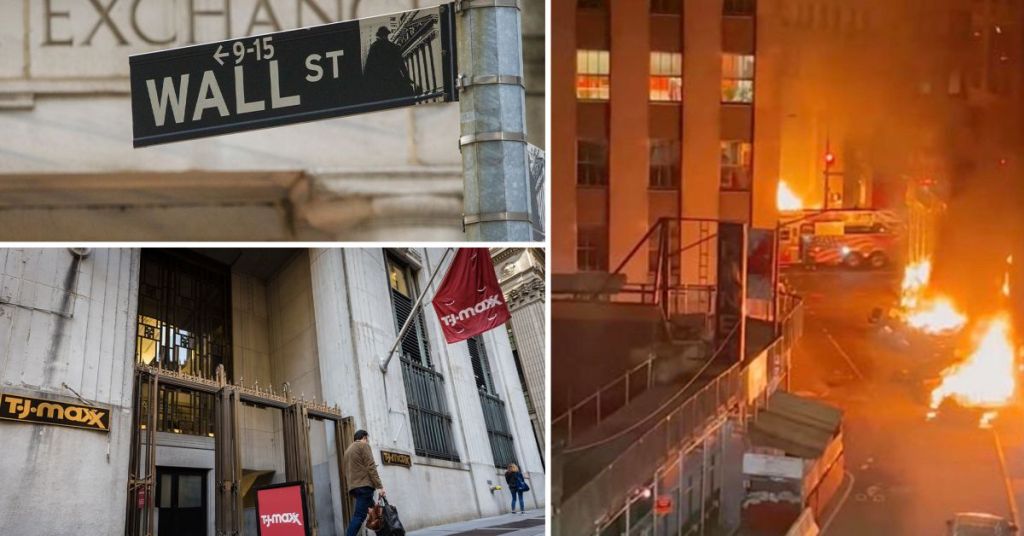 The transformation of New York City’s financial district into a crime-ridden area is nearly complete.

Residents and workers in the area have reported to the New York Post that their once vibrant neighborhoods are now entirely different and scary.

In September alone, the neighborhood had at least four trash fires. Those fires were taken care of quickly, but the amount of crime and lawlessness that continues to plague the area has begun to spiral out of control, according to reports from the residents who live there and the people who work in the area.

It seems that the criminals are encouraged by a lack of oversight over their actions and perhaps the lack of a meaningful crackdown on the crimes they intend to commit. Business owners are mainly concerned as they have seen their storefronts robbed more frequently.

Keith Ruiz, 29, is a concierge at 71 Broadway and spoke with the New York Post. He said that criminals are coming down to Wall Street because they know where the money is, and that is what they are attempting to get by committing these crimes.

Data from the NYPD shows that major crimes in the city’s financial district have increased roughly 50% this year. That is in comparison to a 33% increase for the city. Sadly, some of the stories that have emerged from the financial district are what you might picture happening in a movie rather than real life. They include:

These are just a few of the headline-making crimes that have occurred in this area of New York.