NY Joins Other States With This Ridiculous Move 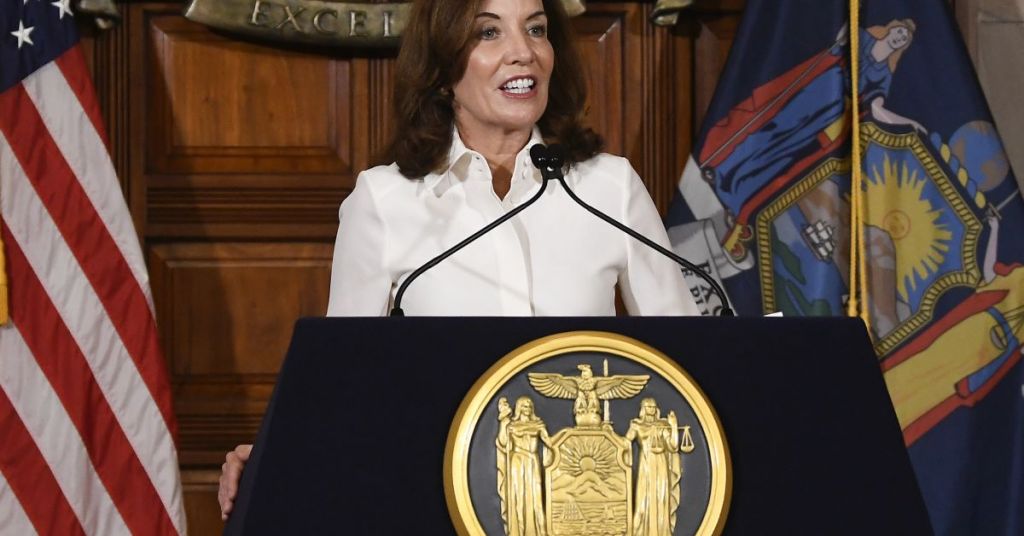 New York is following the lead of California in banning the sale of all gas-powered cars and trucks by 2035.

Governor Hochul announced the move this week and said that by 2035 all vehicles sold in New York would be required to be electric.

Hochul will direct the State Department of Environmental Conservation to take regulatory measures necessary to ensure that all vehicle sales in the state will be electric vehicles by 2035.

The Governor claimed that the move would keep New York at the front of the pack as far as leading environmentalism into the future. She said that the state government’s actions would encourage consumers to make more pro-environmental choices and that these regulations would make New York a environmentally cleaner state overall.

She wants to ensure that all New York communities benefit from the historical changes that are being made under these policies. Officials in the state believe that switching to electric cars will help the state reach a target of reducing emissions by 85% by 2050.

In her statement, Governor Hochul stated that reducing air pollution is critical to supporting historically disadvantaged communities. She said that it would improve the air quality for all New Yorkers but would be remarkably beneficial for people of color and Native Americans who frequently travel on roads that are the most heavily congested with pollution.

California’s Advanced Clean Cars II regulation was what has spurred many of the changes that New York is now working towards as well. They are following the example set by California, and it appears they will go in the same direction as the Golden State.

Governor Newsom of California cited climate change as his primary reason for requiring the switch to all-electric vehicles in California by 2035. He insists that this is a significant step forward for the California environment. These moves will significantly help improve the state’s air quality and affect the battle against climate change.

California residents were told not to charge their electric vehicles during a heat wave this past August. Thus, it seems like it will put the people of California in quite a bind if they are required to use electric vehicles that they cannot even charge in the future. Experts are concerned that California’s electric grid cannot currently handle that many electric vehicles being plugged into it all at once. Still, it seems that Newsom is content to move forward with his regulations regardless.