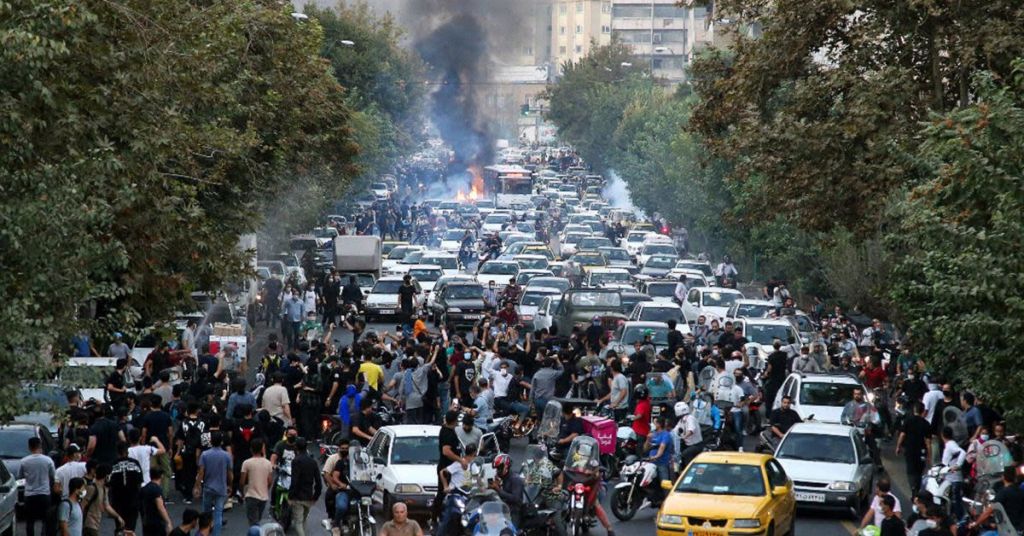 Demonstrations that have become bloody clashes with security forces have become widespread in Iranian cities.

Raw Story reports that the protests, which some suggest amounts to a revolution, could result in a “Tiananmen moment for Iran.” The phrase refers to a massacre committed against unarmed protesters in Tiananmen Square in 1989 by the Chinese Army. The massacre crushed a freedom movement of the kind that swept through Eastern Europe at the time, which led to the fall of the Soviet Union.

Perhaps as a prelude to bloody repression, Fortune Magazine reports that the Iranian regime has cut off access to Instagram and WhatsApp, two social media platforms that Iranian protestors have been using to post videos of street clashes between protestors and security forces.

The suppression may be only temporary depending on how quickly Iranian rebels can smuggle Starlink ground stations into the country. Elon Musk has made his Starlink communications satellite constellation available to the Iranian people.

Even without a Tiananmen-style massacre, Iranian security forces have responded to street demonstrators by firing into them, killing dozens. The Iranian protestors are not backing down or running away.

Raw Story quotes the New York Times that resentment has percolated for years. The murder of Mahsa Amini at the hands of the so-called Morality Police was just the match that set the Iranian people ablaze.

“Deep resentments and anger have been building for months, analysts say, particularly among young Iranians, in response to a crackdown ordered by the country’s hard-line President, Ebrahim Raisi, that has targeted women,” the newspaper reported.

“That comes on top of a litany of complaints through the years over corruption, mismanagement of the economy, inept handling of COVID, and widespread political repression. The problems have persisted under Mr. Raisi, who came to power in an election in which any potential contenders were eliminated before the vote, particularly those from the reformist faction.”

Hadi Ghaemi, the executive director of the Center for Human Rights in Iran, suggests that the current protests are entirely different from the Iranian regime's previous uprisings.

“We have not seen anything like it. It does come at the heels of five years of different kinds of protests, this one is absolutely different in the sense that, it is extremely widespread.

It is led by women, there are a lot of young women on the street, there were two major taboos have already been broken -- it was the removal, disposal, and burning of the hijab and ordinary people not observing it at all, and the second one is the courage of protesters not to run, necessarily, but fight back.”

Ghaemi went on to explain that because the revolt is so widespread, the regime will have difficulty concentrating its forces even if it does try to use the Tiananmen option.