Steve Scalise Is On A Mission To Save America 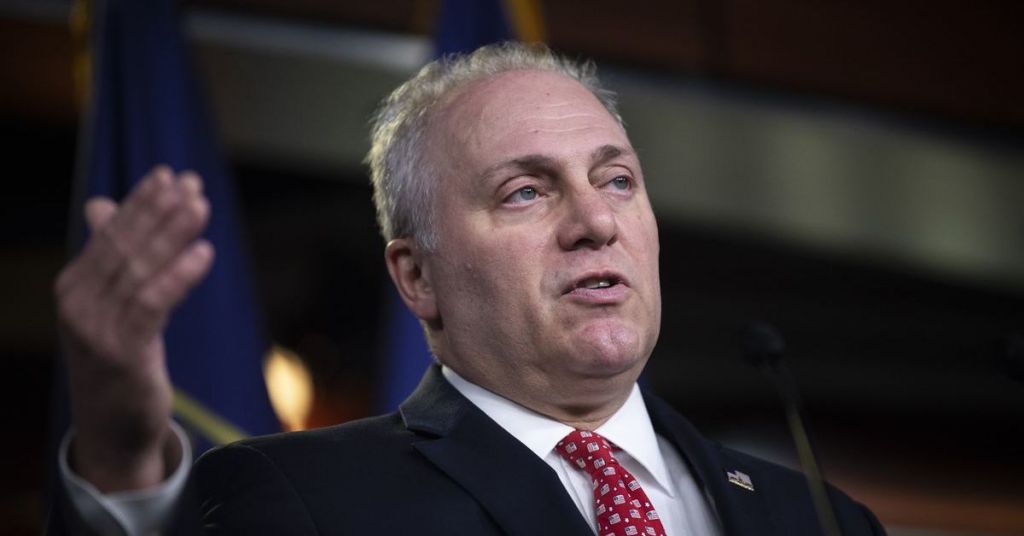 Americans suffer under the current administration, but Republicans have a plan to save America.

In a mere two years, Democrats have waged war on America. Plan after plan drives inflation to record highs.

Breitbart stated, “Despite warnings from Larry Summers, the top economic advisor to President Clinton and President Obama, Democrats wasted $10 trillion of taxpayer money on big-government spending bills. The result is skyrocketing inflation which reached the highest level in nearly 40 years. Biden and Pelosi’s inflation is crushing hard-working families and taking $460 out of their pockets every month.”

According to Breitbart.com, “Today, House Republicans are rolling out our ‘Commitment to America,’ which is a bold conservative vision for a prosperous America that will reverse Biden and Pelosi’s self-made crises. Our plan is built on four fundamental principles: a strong economy; a safe nation; a future built on freedom; and an accountable government.”

The plan to save America takes several things into account. Per Breitbart, “Our ‘Commitment to America’ calls for reducing wasteful government spending and cutting taxes. This will make it easier for businesses to lower their prices and allow struggling families to keep more hard-earned money.”

The Hill reports, “On Friday, House Republicans are unveiling their “Commitment to America” plan, a callback to the ‘Contract with America’ spearheaded by former Speaker Newt Gingrich (R-Ga.) before the ‘Republican revolution’ of the 1994 midterms.”

Democrats have controlled the House, the Senate, and the White House for two years. It’s left parts of our country in shambles. Families can’t afford food thanks to the policies that have passed. America needs a plan, and, thankfully, the Republicans have got our backs. The Save America plan that is going to be announced will help families that are struggling today look forward to a better tomorrow.