Is Diversity Training Taking The 'Force' Out Of The Air Force? 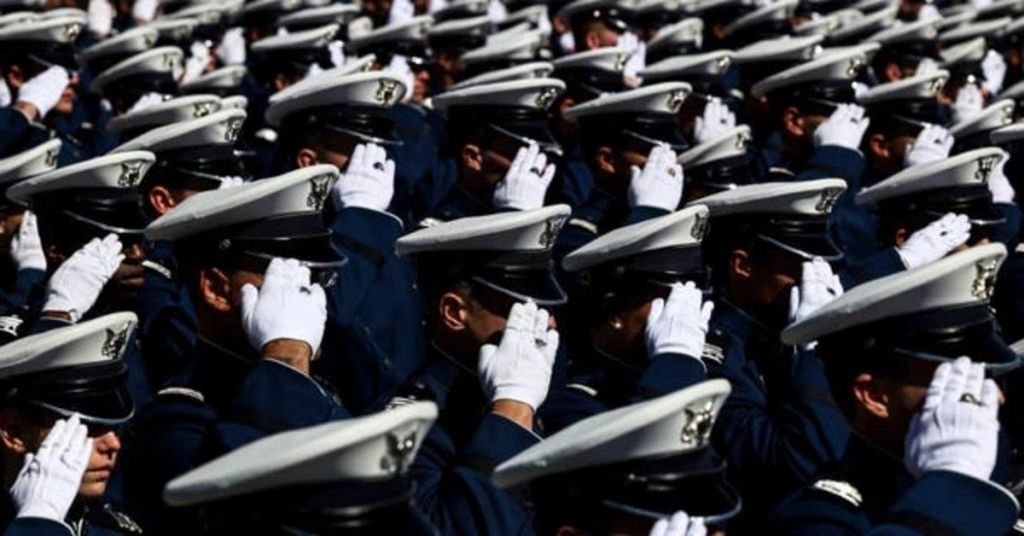 An exclusive report from Fox News provides insight into the academy’s “Diversity & Inclusion: What it is, why we care, & what we can do” slide presentation, advising cadets on using alternate gender-neutral verbiage when describing individuals.

The presentation says, “Some families are headed by single parents, grandparents, foster parents, two moms, two dads, etc.: consider ‘parent or caregiver’ instead of ‘mom and dad’” and to “Use words that include all genders: ‘Folks’ or ‘Y’all’ instead of ‘guys’; ‘partner’ vs. ‘boyfriend or girlfriend.;” Also, “Not colorblind’ or ‘I don’t see color,’ but color conscious. “We see color/patterns and value people for their uniqueness,” the presentation added.

In an interview conducted by Fox News Digital with Rep. Waltz, he said, “It’s been a tradition in the military to get letters from mom and dad or your boyfriend and girlfriend for as long as there’s been a military.”

“Now we’re instructing every cadet entering the Air Force to not say ‘mom,’ and ‘dad’ to not say ‘boyfriend’ or ‘girlfriend,’ and this kind of drive toward gender neutrality.” “I think the Air Force should be worried about the macro aggressions against America that are happening all over the world.”

The presentation explains that the development of warfighters is critical, using diversity and inclusion training so cadets are “prepared to lead the USAF/USSF with character.” It asked the questions, “How can we lift others (motivate our teams) if we don’t know our people?’ and “How can we elevate performance if we don’t include people during planning and execution.”

Rep. Waltz is a member of the House Armed Services Subcommittee on Readiness. In an interview with Fox News Digital, he said, “To those of us who are a little bit older, it reminds us of what the Soviets used to do or what the Chinese do today, where they have political commissars inserted at every level end of the chain of command, but they have a separate reporting chair to ensure that the military is abiding by their ideology and their political doctrine.”