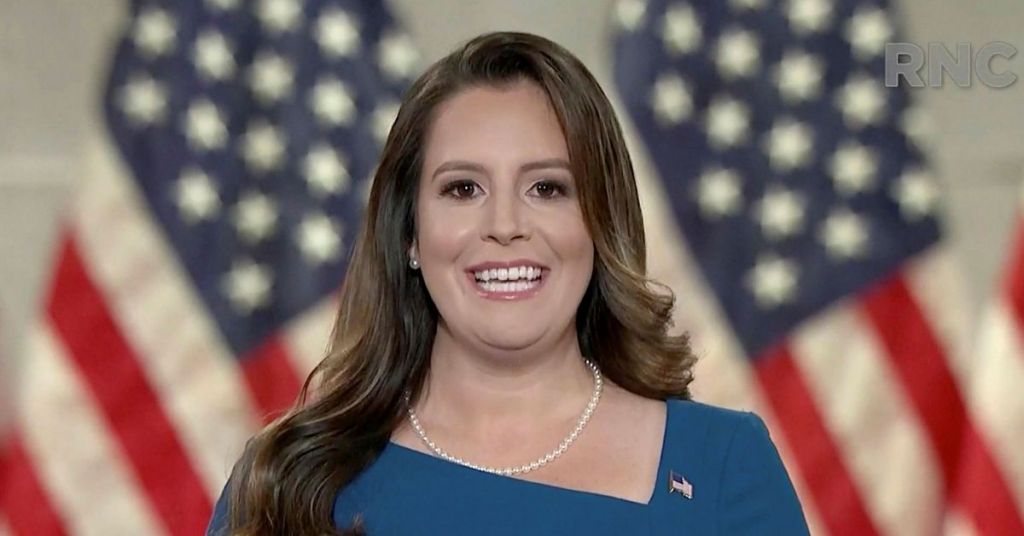 All of this comes after her history of disparaging white people came to light. Now, Republican Conference Chair Elise Stefanik speaks out.

She granted Breitbart an exclusive interview. According to Breitbart, "Right now, as the Pentagon fails to fill our military ranks, our adversaries worldwide rapidly increase their capabilities. The Department of Defense has prioritized adhering to woke ideologies instead of strengthening our national defense," she said. "This is shameful. It's an insult to brave men and women who selflessly serve our nation."

She pointed out that it should not have taken this long for the Department of Defense to make changes. According to Breitbart, "The fact that Ms. Wing's history of advocating for extreme woke ideologies was not uncovered, or worse ignored, must be remedied," Stefanik said.

Stefanik wrote a letter, which was signed by almost two dozen members of Congress, calling for something to be done.

Kelisa Wing came under fire for forcing her woke ideologies on American children. The education system is in charge of educating children from military families both at home and overseas. It oversees K-12 education.

King's racist post in 2020 declared, "I'm exhausted with these white folx in these [professional development] sessions."

Another tweet, according to Breitbart, stated, "I am exhausted by 99% of white men in education and 95% of the white women. Where can I get a break from white nonsense for a while?"

She's also written children's books. They declare that white people need to confess that they have white privilege.

Our Department of Defense does not have room for the wokeness that King continues to preach. The self-described "woke" American has attempted to transform the educational system to ensure that American children are woke. That's not her place.