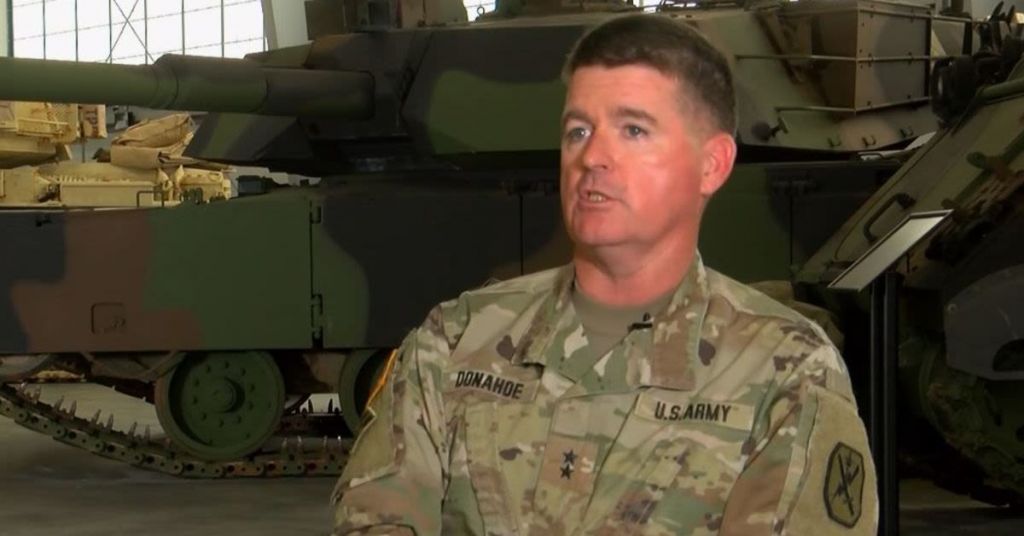 A U.S. general is having his retirement put on hold and being transferred after inappropriate social media conduct that involved criticizing right-wing news hosts like Tucker Carlson.

Tucker Carlson is known for voicing his opinion, but one particular U.S. general was unhappy about it.

In March of 2021, “Carlson made controversial remarks about women in the military, accusing the Biden administration of ‘feminizing’ the DoD through uniform policy changes,” according to Army Times.

Army Times stated, “The former Fort Benning commander made headlines when he shared a female soldier’s reenlistment video and called Carlson out, saying the Fox host ‘couldn’t be more wrong.’”

Then, according to Army Times, “In June 2021, Fox host Laura Ingraham targeted Donahoe after the general sparred with right-wing trolls about installation COVID-19 mitigation efforts.”

The Daily Wire stated, “Donahoe kicked off a series of media stories and criticism against him after he used his personal Twitter account to mock a retired Marine who publicly disagreed with Donahoe’s views on the COVID-19 vaccine.”

According to the official who spoke on background, the Army Times continued, “In addition to the allegations of inappropriate online conduct, Donahoe was also accused of retaliation against officers who had filed inspector general complaints against him.”

According to Daily Wire, “Donahoe ‘has been temporarily assigned as a special assistant to the Commanding General of the U.S. Army Training and Doctrine Command pending appropriate Department of the Army administrative reviews,’ Army spokeswoman Cynthia Smith said.”

The Army has not specified which incident is being investigated. It could be the clashes over the vaccine, such as when he said he would make it mandatory if he could. There are so many instances of him using the platform to attack other viewpoints that it’s hard to tell. However, he has over 23,000 followers. Many soldiers look up to him, and he should always consider that. His Twitter account has been changed to private.