A Very 'Hairy' Situation Grows Between Newsom and DeSantis 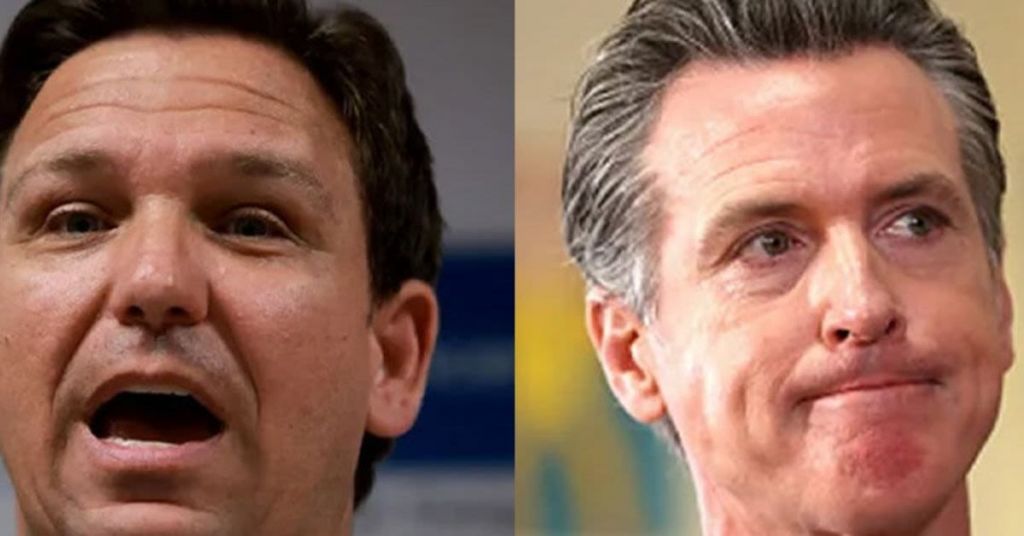 You know things are becoming tangled, or untangled, as the case may be when hair gel and hair spray become political topics.

The hairy situation, as reported by Fox News, stems from a challenge made via Twitter by Democratic Governor Gavin Newsom of California to Florida Governor Ron DeSantis. In a Tweet on September 16, Governor Newsom stated, “Hey @GovRonDeSantis, clearly you’re struggling, distracted, and busy playing politics with people’s lives.

Since you have only one overriding need -- attention -- let’s take this up & debate. I’ll bring my hair gel. You bring your hair spray. Name the time before Election Day.” The Tweet challenge came a day after Newsom requested the Department of Justice investigate Governor DeSantis and Governor Greg Abbot of Texas.

Newsom is accusing both governors, who have had migrants transported to other states, of using children as “political pawns.: Newsom posted on September 15, “What @GovRonDeSantis and @GregAbbott_TX are doing isn’t clever, it’s cruel.

I’m formally requesting the DOJ begin an immediate investigation into these inhumane efforts to use kids as political pawns.” The post received a same-day reply from Dan Rather, noting, “Here’s an idea for Chris Licht, the new head of @CNN.

Set up a debate -- one-on-one --between @GavinNewsom and @RonDeSantisFL. Two governors of big states, potential presidential candidates. Prime time. Ratings I bet would be huge. Who would have the courage to show up?” At a Friday news conference in Daytona Beach, Governor DeSantis had this to say, “So the Governor of California sent a letter to the Department of Justice saying, ‘You need to prosecute Texas and Florida Governors’ And all I can say is, I think his hair gel is interfering with his brain function.”

Both DeSantis and Abbott had migrants sent to other locations. Abbott’s group traveled via bus to Washington, D.C., near Vice President Kamala Harris’ residence on Thursday morning, and DeSantis’ group traveled by plane to Martha’s Vineyard on Wednesday.

Governor DeSantis was evident in his message to the crowd at a Thursday event in Florida, stating, “We are not a sanctuary state,” adding, “we will help facilitate that transport for you to be able to go to greener pastures.” A Friday statement to Fox News Digital by Taryn Fenske, DeSantis’ Communications Director, said, “the state will continue to facilitate a program assisting the “transportation of illegal immigrants to sanctuary cities and states across the country.”