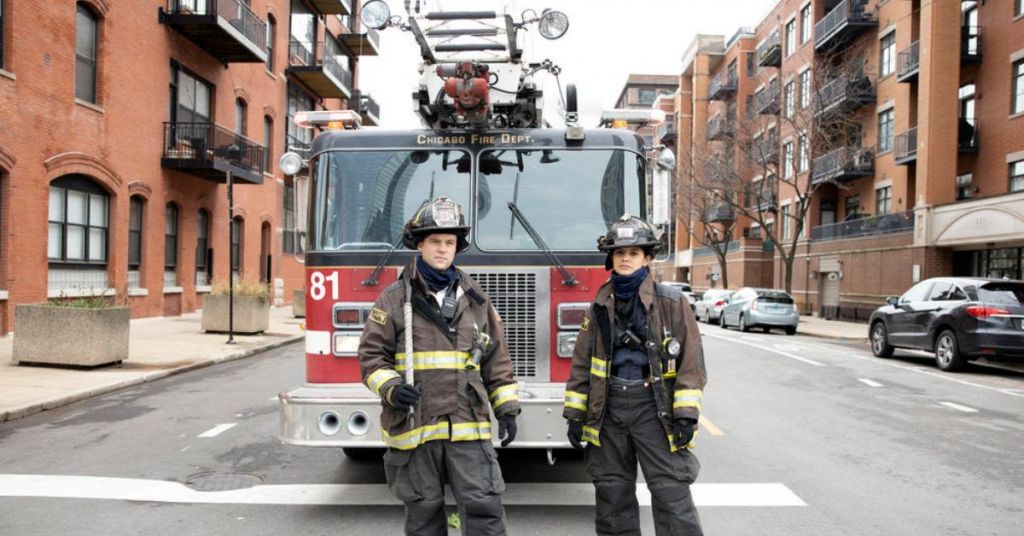 Filming for Chicago Fire was halted on Wednesday when shots rang out near the filming location in Oak Park, IL. The filming crew has been working hard to put together Season 11 and is currently shooting a scene at a funeral home in the area.

The premiere episode is supposed to feature someone dangerous interrupting Severide and Kidd’s honeymoon, but it doesn’t seem like the shots fired were part of that episode.

Around 1:45 PM, shots were heard around the 5900 block of W. Madison St, according to People. It's not clear if the gunfire struck anyone. Nobody is in custody, but the gunman is said to have fled in a black SUV.

The crew went into their security protocol and halted production for the remainder of the day. Filming for the NBC drama resumed on Thursday.

Fox News reports that there was more chaos in the area. While the actors practiced putting out a fire, a real fire started nearby. Neighbors were very confused when they saw people in firefighting gear standing around instead of trying to stop the blaze.

The Chicago Police Department notes that detectives are still investigating the shooting incident. They’d like anyone with information to come forward, even with an anonymous tip.

The director of the funeral home where the filming was taking place, Charles Childs, Jr., wonders why “some idiot” would do this while there was a police presence and security at the scene. The truth might never be known about who fired the shots or why, because gun violence in Chicago is so prevalent that this was just another day in the streets of Chicago.