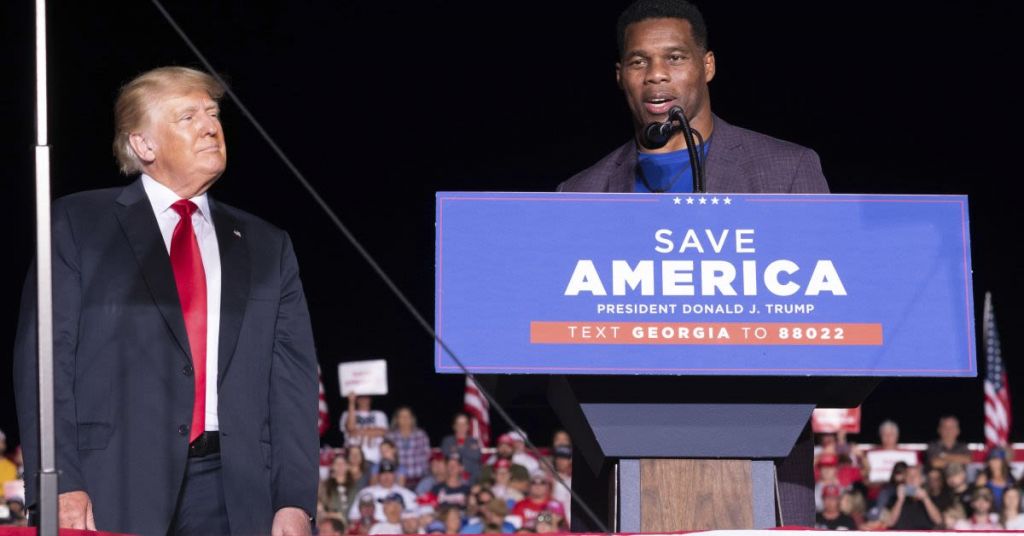 When former football great Herschel Walker entered the race to unseat Sen. Raphael Warnock, D-Georgia, many pundits gave him little chance. While decidedly left of the center of most Georgia voters, Warnock is a former preacher and very articulate on the stump. Walker is not a professional politician.

However, according to the Daily Wire, Walker has recently pulled ahead of Warnock in the polls. The Insider Advantage/Fox 5 poll shows Walker leading Warnock by 47 percent to 44 percent, a three-point advantage. Walker, while African American, is polling among various groups typically for a Republican. He enjoys 60 percent of the male vote. However, Warnock polls 55 percent among women voters. Walker enjoys just 12 percent of the African American vote. Warnock leads among young people and seniors. But Walker is far ahead among voters aged 40-64.

During a runoff, Warnock won the Georgia Senate seat in the 2020 election cycle to serve the remaining two years of Johnny Isakson’s term. He defeated Republican Kelly Loeffler in a runoff with 51 percent of the voter.

Several reasons exist for Walker’s surge in the polls. Former President Donald Trump has endorsed him. Several GOP stars, such as former UN Ambassador Nikki Haley, have campaigned for Walker across the state.

Walker has found his political voice, releasing ads and making stump speeches attacking Warnock for using the race card to attack America for its past sins. In a recent ad, Walker stated, “Senator Warnock believes America is a bad country full of racist people. I believe we’re a great country full of generous people. Warnock wants to divide us. I want to bring us together.”

Walker is also tying Warnock to President Joe Biden, a man who has become increasingly unpopular, especially in Georgia. He tweeted, “Warnock and Biden have brought us nothing but division and chaos. When I get to Washington, that will change.”

Haley added her assessment in a tweet. “It’s a great day in Georgia! If you want a leader who is tough on crime, puts parents in charge of their kids’ education, and knows the value of a dollar, @HerschelWalker is the Senator for you.”