Unpopular Decisions: Based On These Polls, It Seems Democrats Have A Major 'Likeability' Problem 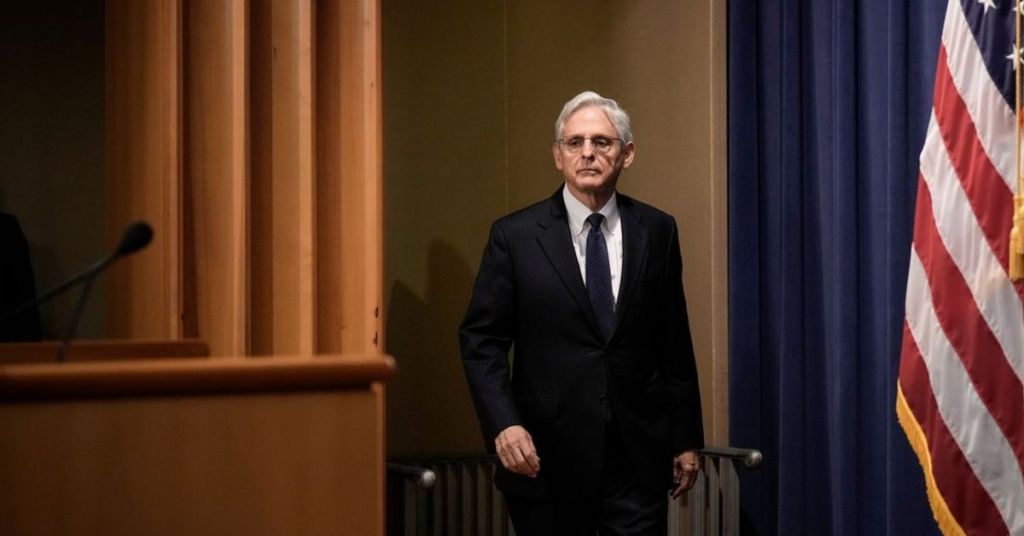 Forty-two percent of likely voters have an unfavorable opinion of Attorney General Merrick Garland, according to a new survey by Rasmussen Reports.

The figure is up from the 39% who announced their unfavorable opinion of him in an October poll.

The survey was taken after the FBI raided the South Florida estate of former President Donald Trump.

The survey shed light on how voters felt regarding the attorney general across party lines:

The poll, carried out Aug. 11-14, polled 1,000 likely voters. The margin of error is plus or minus two percentage points.

The Justice Department and FBI had been meeting on the nature of the raid for weeks, according to sources, and the final raid was executed when Trump was in New York City before a conference with New York Attorney General Letitia James.

The seeming lack of urgency to retrieve documents from Mar-a-Lago was pointed out last week by Trump's attorney Rudy Giuliani on Twitter.

"The warrant for Mar-a-Largo was signed Aug. 5, but not executed until Aug. 8," Giuliani tweeted Friday. "Sure makes it clear that what they were looking for wasn't serious if you could take the weekend off before acting on it."

Yet the Journal sources announce the process was put in place perhaps weeks earlier.

There is an ongoing battle over the affidavit used to secure the search and seizure warrant from Judge Bruce Reinhart. Trump's lawyers and Republicans want to see the predicate for the raid, while the Justice Department is attempting to keep it sealed to protect sources and methods in the investigation.

"If disclosed, the affidavit would serve as a roadmap to the government's ongoing investigation, providing specific details about its direction and likely course, in a manner that is highly likely to compromise future investigative steps," the DOJ filed in court Monday.