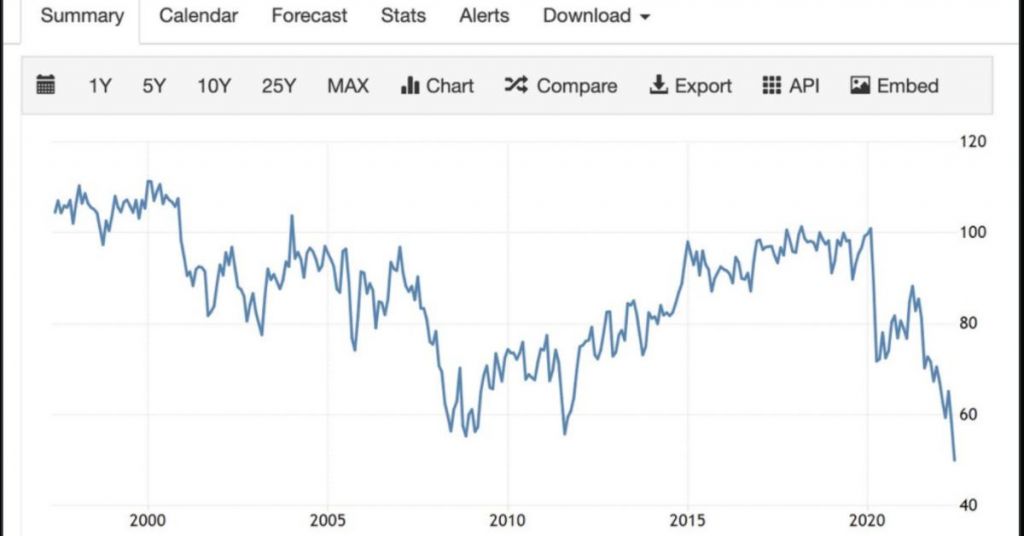 The Democrats got a little good news, but not really on the new jobs report last week. Keep in mind the amount Biden spent amounts to $5.7 Million paid per new job, and this week they will find out that the rest of America is not joining in their revelry.

President Joe Biden & his allies are hopeful that next month's consumer price index report, historically bad news for the White House, could rather cap a historic negative run. This means, they are not waiting for good news; they are celebrating in anticipation of the end of the historic bad news.

July's headline inflation numbers, slated to be published at 8:30 a.m. ET on Wednesday by the Bureau of Labor Statistics is supposed to fall significantly compared to the 9.1% posted in June.

The Federal Reserve Bank of New York's monthly consumer sentiment poll discovered on Monday that one-year inflation expectations fell by over half a percent in July. Three-year and five-year expectations further plunged from 3.6% to 3.2% and 2.8% to 2.3%, respectively.

The White House attributes those drops largely to the continued decreases in energy and food prices over the past two months. Only last week, the Biden White House praised the 50th consecutive day in which average national gas prices dropped.

"We have not seen the data, but looking at forecasts, we expect the decrease in the cost of gas over the past month-and-a-half, two months to be included in this month's CPI, while the June CPI included most of the increase in the cost of gas," one senior White House official explained to the Washington Examiner. "We hope to see that reflected in real numbers, but we'll also just have to see."

"Something that we talk about every month with inflation data is it reflects what's going on in the world at that time. The economy doesn't operate independently. The economy is very connected to geopolitical issues that are going on, whether it's COVID lockdowns or supply chain or Russia's invasion and its impact on the global energy supply or major commodities like corn and wheat as world's breadbasket," the official announced. "That's something that we've continued to point to because it does have a massive effect on inflation here at home and around the world."

A senior Democratic official continued that a CPI decrease on Wednesday would be Biden's "cherry on top" of a stretch that saw him secure three major legislative wins, the death of a prominent al Qaeda leader, and more.

"The president's policies work, and we'll have the data to prove it," the official announced. "Meanwhile, Republicans are rallying opposition behind a bill that nearly 70% of the country supports, on false grounds that it raises taxes on middle-income families. They're running scared"

The national average gas price dipped back below $4 per gallon on Monday for the first time since the war in Ukraine started, according to Gas Buddy. The administration has consistently pointed to an analysis from the Treasury Department revealing that Biden's releases from the Strategic Petroleum Reserve specifically drove costs down by a "sizable" 40 cents per gallon.